Noticed today that all of a sudden the lessons I have already studied are appearing in my dashboard again.  Anyone else having this problem?  Is there a setting I accidently hit to show studied lessons in the dashboard?

Yes, I noticed that yesterday and wrote pretty much the same comment as you, but it failed to post.

Yep, mine too.  They don't show up on my progress page either. 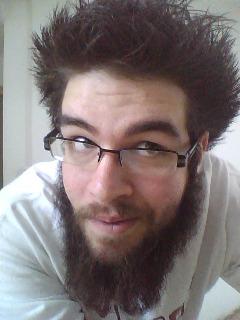 I'm having the same issue. I think it could be related to the updated "Bookmark This Lesson" and "Mark As Studied" buttons.

My whole system is not working - bookmarked lessons not appearing in the dashboard. The app filled with studied lessons. Etc.

It looks like a bug associated with changing the "mark as studied button." 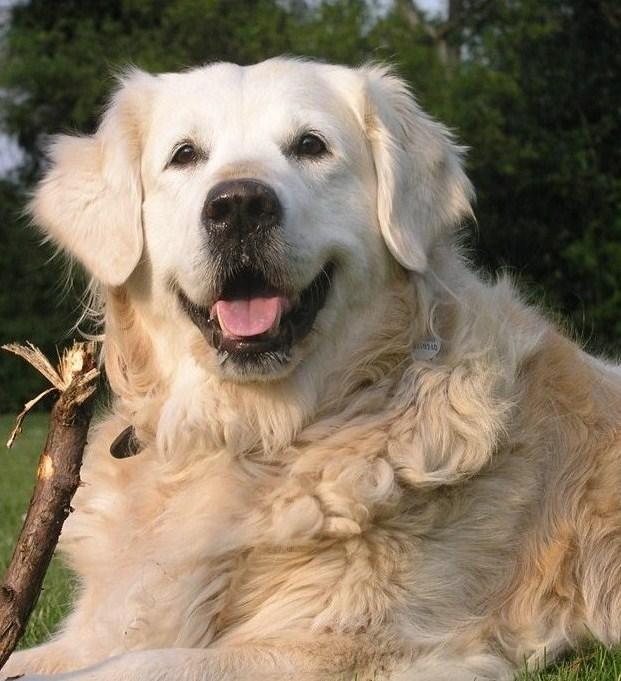 I just posted on this as well, re the green tick button.  Please fix it CP team, thank you!

and the lessons I subscribe to don't show up anymore on my dashboard...

I've got the same problem. The last time my dashboard got updated was Dec 05. The latest lessons after that don't appear on my dashboard. 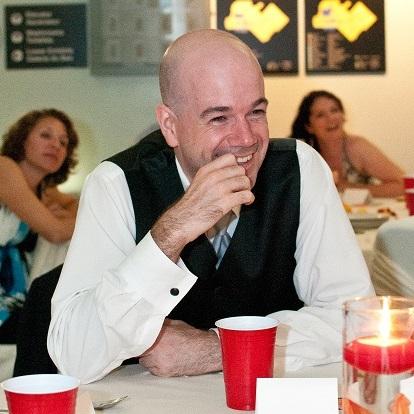 Anyone heard anything from the Chinesepod team? Is this an issue they are looking into?

Also having the same/similar problems.

The green button does not work consistently.

I have had the same problem. Thought maybe there was some festival going on I did not know about.

The Green Tick Festival?  Hope it passes soon and we get our ticks back where they belong!

Just copied the link to this thread in an email to the support team. Hopefully they will pick it up!

Thanks. I don't think the support team monitors the boards as they used to. Seems like bugs always get introduced on Friday afternoon before everyone takes off for the weekend 囧。 I noticed that when I try to push older lessons to the top of the dashboard by "un-bookmarking" and the bookmarking again it does not work, even though it did before. However, a lesson that had not been previously bookmarked did show up after I bookmarked it.

"Justin Ohata is assigned to your request.

You will receive a notification when the request status is updated by our staff."

They have quite a cool issue tracking system, so I can log in and get updates. I guess it is only visible using my password though, so I won't post the link. I'll let you know if I hear any more.

Just to reiterate, as there are now many complaints about the service: I think users are more likely to get a response by writing to CPod directly than by posting it on the message board. While I empathize with the users who are sharing their experiences, I think it is fair for the CPod staff to expect direct communications to be the primary means of reporting bugs. That said, I guess we have gotten our expectations up, as in the "old days" the company seems to have been more responsive to on-line posts about the quality of service.

Personally, I think the dashboard is the gateway to the rest of the site. If it has persistent and widespread problems, it makes me think Cpod management is asleep at the wheel.

Sent a message to the Cpod team about missing lessons on Dashboard.

Not seeing the messages is puzzling.

Not hearing from Cpod is even more puzzling.

There's a new Intermediate lesson, "Sentence Grammar", and I WAS able to sync that.  Still cannot sync the latest Elemenary or Qing Wen.

Something changed with the dashboard.   New lessons aren't showing up there for me.

Mark, I have the same issue as you. I'm sure it's related to what people have been discussing above.

I think everyone is having this problem.

This comes at a bad moment. For the first time since 2009 (!) I have cleared by complete "backlog" - and finished all Advanced, Upper Intermediate and Intermediate lessons. Now that I want to bask in the shine of that empty "Dashboard" it is filled again. ):

A question unrelated to the technical issues: Now that you have finished all the Intermediate and Upper Intermediate Lessons, are the Advanced Lessons a.) still too hard to follow b.) challenging but can be mastered or c.) relatively easy to master??

and all Advanced as well. The answer is b)

The truth is, I haven't been making much progress the last couple years. I keep up doing CPod, but mostly to not to forget everything. What is missing is that extra bit of effort where I practice free speaking and listening...

Our apologies.  We are currently going through some structural changes to our dashboard and lesson management sections, and our tech team is currently working on adding filters and settings to address the issues.

Adding options to the self-study tab and dashboard management to filter "studied", "bookmarked", and "all lessons (default)".

We will also be correcting the associated bugs with the RSS feed that has come up over the weekend.

We are switching to the new structure due to previous incompatibilities with our mobile application and our system core.  In the new version, users should be able to filter between studied and bookmarked content much more easily.

Thank you for your patience.

Justin.O, these structural changes, will they also fix the "missing Green Tick" problem for Studied Lessons?? 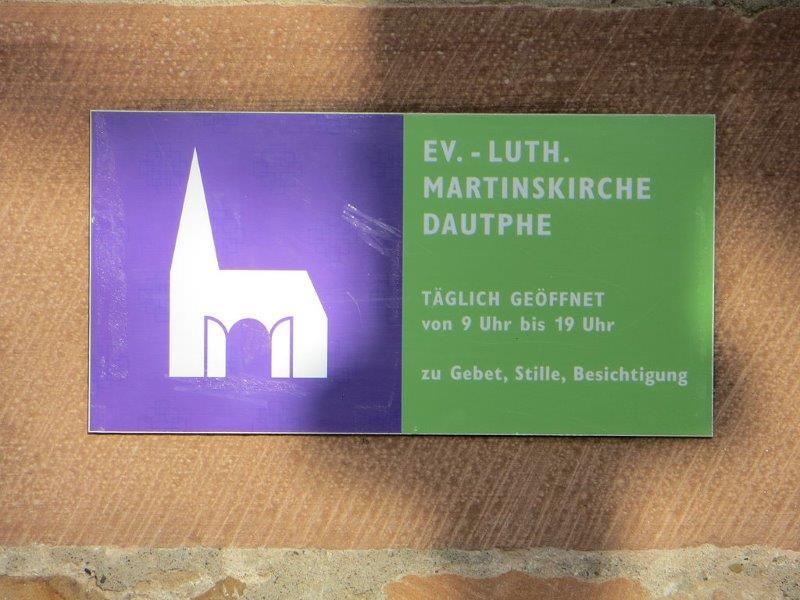 RE: Justin O's comment above (which, for whatever reason, I am not able to reply to directly), it's a poor show when a response to a torrent of complaint is met with bureaucratic-speak, the subtext of which seems to be that it's our fault for not being patient enough. There has been a huge balls up, and this needs to be properly acknowledged. It isn't just routine 'upgrading'. Upgrading should be done behind closed doors, refined, perfected and then released, no? This is some kind of malfunction or mistake. I don't want to over-egg this - I'm as generally happy in life today as I was two weeks ago before this problem emerged - but this appears to be a totally avoidable inconvenience. I attempt to keep up with new lessons as they are released and was enjoying a 10-day break from new Upper Intermediate lessons, before I released that something was amiss, investigated, and released that three new lessons had been released without actually showing up in my feed. I'm now way behind, which is a pain in the arse as Xmas approaches. Anyway, enough of the rant. Just to say, finally, C'mon Chinesepod - you are better than this. Oh, and Merry Xmas!

Hmmm....maybe CPod isn't 'better than this'. In addition to the problem with lesson feeds within the site, I notice there appears to be issues with iTunes (though I don't use the service myself), there are definitely issues with edit and comment buttons on discussion threads, there are rogue spam comments showing up on the boards and there are delays in staff response to board postings. CPod in crisis? Probably not. I certainly hope not. But better communication is an absolute must.

It seems that something is wrong with the management.

The bookmarking and self-study issues have been resolved.  Please see our recent blog post for details of the changes: http://chinesepod.com/blog/Changes%2Bto%2Bthe%2BSelf-Study%2BTab%2Band%2BBookmark%252FStudy%2BFeatures/1090

We are still developing a replacement function for the "green tick" mark, and this should be implemented soon.

Justin, thanks for the notification. I'm glad you referenced the blog post. My first reaction was "Who reads the blog?" Actually I could not figure out how to navigate to it from the home page, but had to paste the url you gave into the browser. Whatever happened to "News and Features" programming at CPod? And once more, please let us know about changes in advance, or at a minimum, simultaneously. Its rough enough that we seem to have become involuntary beta testers, it would be nice to know when changes have been made.

Now I am having a Ghost Lesson on my Homepage that I cannot get rid of:

Anyone else having that problem?

I would agree with a lot of the comments above, this has really been mismanaged and has damaged my view of Cpod technically a little. Re the green tick, I think an idea [Justin.O] would be to give everyone an approximate fix date, people can then be constantly referred to this and will know when 'business as usual' can resume. This would stem some of the torrent of comments...

Agreed. I very rarely complain about Cpod and am a pretty devoted fan (and always recommend it to expat mates). I just don't know what happened with this latest issue. A 'news and features' would've been nice - or at the very least a permanent banner on the top right of the home screen explaining the issue while it persisted (I don't know about other users but my homepage shows display ads for all the other pods, e.g. frenchpod, spanishpod - this screen space could've been better used the last month or so to host an explanation of the current issues on chinesepod which would've been far more useful than the ads). Hopefully cpod will be back to business as usual following the blog post.

yea i have that too

I have that phantom lesson too, and in my mobile app.