"The m4ss4cre of pro-d3m0cracy supporters by Chinese troops in Beijing on the 3-4 Jvne 1989 marked the end of the largest political pr0test in communist China's history."

An interesting audio slideshow from the BBC here.

At least Hong Kong was able ("permitted") to commemorate the massacre.

I envy the PRC for having such a brave and determined army.

I read that the PRC closed Twitter, several e-mail sites, and some search engines today in honor of the students' sacrifice.

Brave, brave people! I'd like to think (though I'm by no means certain) that I could show half as much courage in similar circumstances.

20 years seems to have passed so quickly...

In light of the insane online site/service blocks that are occuring in China, I'm concerned that this post may get us blocked in Mainland China - this would not be doing any of our Mainland Poddies any measure of service. I ask you to please consider this.

I can appreciate where you're coming from.  I wouldn't want subscribers in Mainland China to be blocked from the site, and I wouldn't want that to affect Cpod's income in any way.  But, I would hope that Chinesepod would have the b@lls to stand up for the many thousands who sacraficed or risked their lives.

How will things change if people and companies continue to cave to "their" pressures?  Wouldn't losing some internet/study time or some income be worth the sacrafice?

i think the time has long passed where economic pressure may have made a difference. i don't suspect given the recent world economic crisis that things will change soon.  trade competition will continue to dominate other governments attitudes in their relationship with china.

kim jong ill must be pissed off that his planet hasn't got an extra few hundred million people, if he did he wouldn't have to play with his missile, he could make his country wealthier instead and still keep absolute power because the people will love him so much for their widescreen color tvs, nikes, mobile phones, and bmws.

@calkins Thanks for the post. A group of artists are commemorating the anniversary this evening in Sydney in an exhibition, including dancing the T2oK M*N tango on the Opera House forecourt. The surprise turning to shock of the Chinese people at the turn of events is still very moving. Young Chinese citizens living in Australia are just as oblivious to parts of their recent history as their compatriots on the Mainland. Even those who have watched the docos seem to flick the patriotism switch and cruise into a world of denial.

lest we forget all people who have given the supreme sacrifice for freedom. there is a long way to go, no matter where in the world one lives.

I read that the PRC closed Twitter, several e-mail sites, and some search engines today in honor of the students' sacrifice.

Tvan, 请问, where did you read the "in honor of" part? I've been reading too, but did not come to the same conclusion. My english is not the best though. Maybe I don't understand what "in honor of" means.

@dunderklumpen Tvan was being sarcastic. :D

I remember an episode of the Simpsons where they went to China.

While they were standing in Tian An Men square I saw a plaque behind them which read in English:

On this spot on June 4, 1989, absolutely nothing happened.

kind of sums up the present situation, don't you think?

I was there in 1989 as I was attending Beijing University. My wife and I finally got out on June 7, smuggling videotape for ABC, NBC, and CBS news.

There are still Beida friends from whom I've never heard. Unfortunately, the younger generation seems more bent on making money than remembering or commemorating that watershed moment, let alone risking anything for the greater societal good. It's ironic because the relatively greater freedoms they now enjoy are directly attributable to those brave protestors.

you were there! i've only ever read journals and histories, and of course documentaries featuring the footage smuggled probly by yourself. i vaguely remember news stories at the time.

from my undestanding what began as a student movement in beijing ended up a mass movement enompassing nearly all major centers. the media were shut down to stop it from spreading further. at no time leading up to june 4 did protestors threaten or use violence.

what sticks in my mind the most is not panzer man or firing at people running away or firing on and destroying an ambulance or firing on parents come looking for children, but the indiscriminate straffing of apartment buildings next to the square. 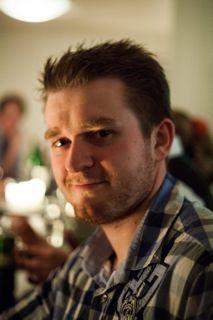 It's really sad that the young students of today's beida, the university who's student were part of the backbone of the noble protests, don't even know what happened. I just saw a documentary where 4 beida students were shown a picture of the tank man. And they had know idea of the context!

The whole thing started as  Hu Yaobang, a supporter of student rights, was being commemorated. He had just died and the government had a memorial on the square with a big portrait of the man. The students, in an effort to subtly tweak the establishment, came to the square in droves to show their respect (Hu was actually in disrepute with the government at the time). We rode our bikes down from Beida that day and couldn't believe that there were over 500 students congregated. Little did we know that that number would swell to over 2 million the day that Michael Gorbachev would visit some few short weeks later.