What's the use of hanzi?

I mean, you obviously don't need them to communicate, since they're not present in speech, which is still readily understood. The Chinese themselves can hardly write them anymore. No, they write in Latin characters and have them converted to hanzi by a computer. The Chinese government's relentless promotion of Standard Mandarin has eradicated the need to use hanzi as a bridge between dialects. So what good are they? Do they serve any purpose anymore?

'Cause if they don't, well, like them as we might, chances are they'll disappear. That's just how things work. They're too much of a hassle to keep around if they don't actually do anything besides look pretty.

Everybody is already writing in pinyin. All it takes is for some kids to start skipping the conversion to hazi in online chatrooms and then a provocative young writer will publish a book in pinyin and then we're off to the races.

There are too many homophones. I bet it's just as likely as English spelling reform.

Sidenote: does anyone know what the old Chinese videogames did? What with the memory restrictions and all?

The issue really is readability. Can you imagine reading a book written entirely in pinyin? I was conned into buying a book for beginners once that was written in pinyin, and it's utterly useless. It's completely unreadable. At least in English, our homophones are spelt differently.

Check out this famous poem which demonstrates the issue.

Because they speak in a way to prevent or minimize confusion or ambiguity. As well, phrasing, tone, etc, all contribute to understanding.

Pinyin is ugly and slow to read/comprehend for even colloquial text. For other texts the use of pinyin would make understanding impossible. Pinyin is just a tool.

Isn't use of characters a bit like ADSL, where the A stands for asymmetric (it's efficient because we download far more than we upload)? In everyday life, nearly everybody reads far more than they write - road signs, the destination on the bus, adverts, dozens of webpages... many of us read a newspaper a day, but we probably don't write that much in a year.

(By the way, interesting tags! Personally, I think Chinese characters are great - they're the dog's b******s!)

Let's also not forget about Tawain (and other Chinese speaking countries) that use bopomofo (zhuyin).

I think there're actually much less Chinese homophones than we think, thanks to tones and multi-character words (most of them are two-character words) frequently used in modern Chinese. Furthermore, vocab used in conversation is limited compared to that in writings.

As dogupatree beautifully explained, Chinese characters, once you have mastered them, enable you to read Chinese fast.

Let me take Korean and Japanese as examples. Both languages have very similar vocabs and grammatical structures. Japanese uses Chinese characters, but Korean does not. As a result, you can write/input Korean faster than Japanese, on the other hand, you can read Japanese faster than Korean thanks to the use of Kanji.

As dogupatree cleverly pointed out, most of us generally read far more than we write. In this sense, I'm very happy being a native Japanese, hehe. Joking aside, to enhance "readability" should be the most important function of Chinese characters.

For what it is worth, although I am predisposed to like alphabets by my upbringing and heritage, when reading Chinese, pinyin seems more combersome than 汉字。 I personally don't like reading it other than to know how to pronounce a 汉字.

My experience is that when communicating in writing with Chinese people is that the chance of confusion when I write in pinyin is higher than for 汉字.

汉字 make other things accessible to me. I have used them with some success to communicate in Japan, even though I speak no Japanese.

So, I have been won over to the opinion that 汉字 are useful and something to be cherished.

I agree with Mark, once you are able to read Chinese characters, it is definitely much easier then reading 拼音. I even find it easier to write 汉字 rather than 拼音. Most characters make sense once you know the meaning, you can tell why they are used to describe a particular word. Long live 汉字!

To be clear, I, too, love hanzi and find it easier to read it than to read pinyin. And that's because I've read a lot more hanzi than pinyin. I'd hate to see it disappear, especially since I spent countless hours learning to read the damned things!

That's besides the point, though. Is "we're used to it" a solid enough advantage to be able to keep it in the long run? I'm not so sure. Please note, though, that "the long run" is not ten years, but rather a hundred.

If there are too many homophones, then how do people still manage to speak to each other? 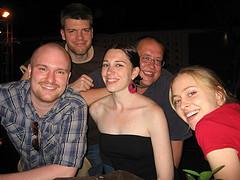 That poem link is great!! Can't wait to show some Chinese friends.

"The long run" in China is probably much longer than you might expect. After all, Chinese people have been using Chinese characters for more than 3,000 years.

But the thing is, for 2,950 of those 3,000 years, there has not been any alternative, and the writing system has served to unite a large variety of mutually unintelligible dialects. Neither of those things are true anymore.

In fact, half of using hanzi has already disappeared. Nobody writes in hanzi anymore. It is not really a writing system, it's just a reading system. People can read it, but more and more are losing the ability to write it.

This article is from 2001 and I don't imagine it's been getting better since then.

Also, about sebire's poem, the same sort of thing can be done in English:

This sort of a thing can be done in a lot of languages. Luckily, nobody writes this way except for when intentionally trying to. So it doesn't really prove anything. Sure, the "shi shi" poem is a lot longer, but then it uses four different sounds, not just one. Pinyin differentiates between those four sounds quite well.

Japanese people have been using Hiragana and Katakana, alternatives for Kanji (Chinese characters), for one thousand and a few hundred years, but Chinese characters are still used in Japanese.

I think that both Chinese and Japanese peoples will never stop using Chinese characters, at least, unless the authorities officially force people to do so, just like two Korean governments did after the war.

With computers, you can write faster as you don't have to handwrite Chinese characters, which means you can spend more time reading now. In the age of Internet, reading and readability are more important than ever. There are a lof of things to read on the net!

That's a good point. Old Japanese video games even used solely hiragana and katakana because of memory restrictions, right? And it never took hold, it seems. Maybe I'm just worrying over nothing.

The had had had thing is an exercise in the importance of punctuation. Once that is punctuated, it makes perfect sense.

So it doesn't really prove anything.

I don't think so. For example, the English sound "buffalo" only has several meanings, on the other hand, the Chinese sound "shi4" represents forty different characters and meanings (which are ones shown in one of my dictionaries). Chinese has a big disadvantage over English.

Every language develops its own character, which I feel is essential to give it that 'refined' feel.  Refinement and convenience rarely go hand-in-hand.  The way I see it, languages would be no fun to learn if there was nothing to complain about, and learning characters gives us a reason to do just that.  Then again, I am not learning Mandarin for business or such practical purpose.  I am learning it because it is a challenge that everyday taunts me on.