I go to a Sichuan restaurant in my town that has delicious food. Whenever I say 好吃 hǎochī to the owner, she repeats it back to me (kindly correcting my pronunciation) with more of a "ts" sound for the chī 吃.

I'm a newbie/elementary learner, so I'm sure I'm sure my pronunciation is off, but the way she says it is different from how I hear others say it.  Is this due to her Sichuan accent?

waitresses in my favorite 饭馆 are all from Hang Zhou. We have all the time these little tiny misunderstandings. She says she is "hang zou ren", asks if I want my meal "sǎo là" (shǎo là 少辣)， my bill is "yībǎisānsí" (一百三十块, 130 bucks), etc.

I call it "real-world Chinese training" :-)

That's a good question, and all of us foreigners will come across that very same problem the more we talk to Chinese people.

I remember when I arrived in Taiwan for the first time thirteen years ago, and I kept asking people how to get to 政治大学 (zhengzhidaxue).  They kept saying, "Zengzi" instead of "Zhengzhi."  It was even worse when trying to get street names right...

Different places have different accents, for sure, and regional ways of saying things.  All you can do is spend more time a place to get used to their way of speaking.

One comment:  native speakers often think that a foreigner is saying something wrong even if he's saying the right thing because it "sounds" wrong when a foreigner says it.  Ask your teacher when in doubt.  Chances are you are saying it just fine.  On the other hand, the waitress might have been correcting your tones.  Tones are a huge problem for a lot of foreigners learning Chinese.  I personally know of many foreigners who have a fairly high level of Chinese, but Chinese people have a hard time communicating with them because their tones are all off. 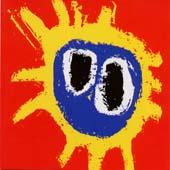 I've had a few locals (I'm in Changsha, Hunan) saying that my pronunciation is more standard than theirs. Unfortunately, this is sometimes true...

this topic is why I think that non-Chinese people saying "ask a native speaker" is really a false concept as it relates to China/Chinese.

What non-Chinese people should be saying is "find someone who has a background in Chinese language teaching and ask him/her", because the vast majority of Chinese citizens speak various varitions of incorrect Mandarin(普通话).