I suspect I know the answer, but prior to the reintroduction of newbie lessons, Cpod might have been on a path toward stopping lesson production within another 50-200 lessons or so.  This is assuming cpod is looking for approximately the same number of lessons in each of the lesson buckets (newbie, ele, inter, upper inter, advanced).  Since newbies are being restarted, if the goal was to have approximately the same number of lessons in all the buckets, you can now do that.  I'm just wondering if that's the method to cpod's madness.  Thanks.

"assuming cpod is looking for approximately the same number of lessons in each of the lesson buckets (newbie, ele, inter, upper inter, advanced"

...I would strongly suspect that's an incorrect assumption mate. I would think it's much more likely that eventually it could like more like an inverted pyramid [whereas originally it starts out the other way to cover the basics first...so over time the pyramid flips and then continues to grow]. The amount of material that could be discussed at the top end is endless.

Well, for one thing, that's why I made it clear what the assumption was, so that cpod could challenge it. But I think it's interesting that if the idea was to have an inverted pyramid, then we would get more and different topics as the subject of lessons. We don't really seem to get that. We get plenty of food, dating, entertainment lessons, and there are some good everyday language lessons, but we don't get specialized stuff. I can understand why also if the typical cpod subscriber isn't planning on coming to China (I recall Ken making this statement), then cpod might as well just cover the bases with the basics.

I've wanted detailed IT lessons for some time, and the pyramid idea would seem to me to be on the path toward that. So far, the hardest IT lesson can arguably be the Ordering a Custom Built Computer lesson. I would love clear Cpod guidance on this, but I don't think we'll be coming up with anything more specialized on IT than that. Even the contruction lesson, while it had plenty of helpful terms, would benefit from more detailed lessons (using terms like hard hats, rebar, excavator, conveyor belts, welding, cement, gravel, forms, etc) on that area to discuss in detail the building boom going on around much of China.

I think the propensity for diversity, specialisation, and detail increases towards the top of this inversed pyramid. I don't see why anything couldn't be discussed at media level in detail, but of course the problem is that even at that level, the more specialised you go, the fewer people you are catering for.

Well, that's partly my point then. If this is all about covering the basics, then haven't the Chinese language basics already been covered? Cpod doesn't count it this way, but they've already produced lessons that address the basic 150-200 sentence patterns or so, most, if not all, the basic measure words, all of the uses of le and so on. Clearly producing more lessons isn't just about the need to teach Chinese, and since Praxis/Chinesepod is about making money, that's fine. I'm just wondering where cpod will be 1 or 2 years from now; what we can expect in lesson terms. Sounds like cpod will still produce new lessons, which is good, and at multiple levels, which is good.

this bit was interesting:

...as I missed that. Do you recall where Ken said that? I've practically not listened to any lessons prior to August 2008 bar a handful so I guess it could be in there anywhere amongst them. I'm a little surprised by this statement, but I guess it could depend on what was meant by "planning". I have no "plan" to come as such as it's not possible for me currently, but I do have a dream to come. I guess there could be some who just decide to give it a go with no specific plan, but I would have thought after a bit a majority studying would want to go at some stage. Perhaps an even more important key word in that statement is "come"...whether Ken meant come to live [work, study, whatever] rather than come for a brief visit.

I recall the wording conveyed to me that people were not planning on coming ever, but I'm sure others at the time had different interpretations.

"Most users of Chinesepod “do not have to learn Chinese”, says Mr Carroll: they are an eclectic mix including an Olympic silver medallist, a belly dancer and a Nobel laureate, but they mostly learn for “personal growth” – or because they make business trips to China. "

I guess that's not ringing any bells?

That's somewhat what I recall, but there wasn't the business angle to it, which is why I found it surprising at the time. There was the idea of personal growth, and that was it. Not even the "my fiance is Chinese, and I'm going to meet her family in China soon" reason.

Speaking to the direct question, we don't plan on stopping lesson production any time soon.

The inverted pyramid is a good way of visualizing the topic space. I think what perhaps you underestimate is how tiny the topic space at Newbie is, and how massively it expands at higher levels. As Baba noted, any topic imaginable could be discussed at the Advanced level. Newbies were stopped in 2009 because, quite frankly, we had explored just about everything we could reasonably do with Newbies, based on the criteria we have established for those lessons. Having an equal number of lessons in each "bucket" would either leave the lower levels extremely overserved, or the higher levels extremely underserved. Have we already covered all of the basics? Yes, probably, but since the basics are absolutely fundamental to progress with the language, they deserve quite a bit of attention.

I think there are two good reasons for not switching lesson production to focus entirely on the wide, high level portion of the pyramid. One is that the vast majority of learners of Chinese are not at those levels, and thus the lower levels represent the majority of our customer base. This is likely true for any language, as all subjects have attrition rates, and relatively difficult languages like Chinese have exceptionally high attrition rates.

Second, by the time a learner gets to the point where they have a need to discuss extremely narrow, specialized topics, they also have the ability to learn new things on their own, without lessons specifically targeting that material. To put it another way, the higher the level of the learner the less they need our lessons to solve their language issues. Because of that, our higher level lessons are often more concerned with providing perspective, rather than just covering terms that could be found in dictionaries, via Google, etc.

完全同意。。I was in a bit of a hurry but was thinking of those points also, such as:

"since the basics are absolutely fundamental to progress with the language, they deserve quite a bit of attention."

"the natural high attrition rate"..." and the the majority of our customer base"

"also have the ability to learn new things on their own, without lessons specifically targeting that material"

Good points John. One minor gripe (and it really is minor), for some reason I'm not able to see the last word or two on the right of each of your lines of text. I think it's because the "team" logo on your avatar appears to the right of your photo, rather than the usual below, and this has shunted all your text to the right to the point that I can't read it. Not sure if other users have the same problem.

No, I'm not seeing that mate. I'm on firefox, win 7 if that helps 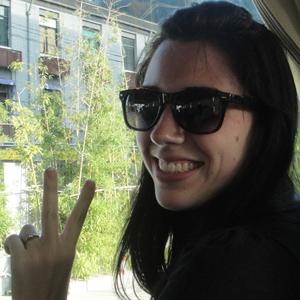 I'm in the latest version of Chrome and not seeing the problem either...

It's also fine on my home laptop (Win 7 and Chrome). Guess it's just an issue with my work laptop (Vista, IE). It also just seems to be an issue with JohnB (e.g. your "team" logo appears under your avatar, Catherine, as it does with other CP team members). Not to worry, I can still work out the unknown words from the context......hang on a minute, that sounds familiar..... ;-)

Chris, I'm having the same problem as you. I used 2 different computers today. I'm currently on Win 7 and seeing the problem above. Used Firefox at work today but can't remember if thest text was messed up or not.

Very strange. We can't seem to make it happen here. Would it be possible to post a screenshot?

john, happy to do that although, forgive my ignorance, but you'd need to let me know how to post a screenshot. I've only just mastered posting standard comments ;-)

There's a key on your keyboard - probably next to F12 which says "PRTSC". This is short for "Print Screen". Press this button, and your computer will copy a picture of your screen to the clipboard. You can then paste this into Paint and "Save As" whatever file format you want (probably a JPEG).

As for how to post under a previous thread (like this one)...not sure how to do that. But you could post as a new thread and upload the pic using the Insert/Edit image button above the comment box.

I agree with John.  I am a second language English speaker with my ability/comprehension probably somewhere between advanced and media level. At this level I can explore/learn specialized subject specific matter on my own without guidance from anyone - lessons or otherwise.

My Chinese on the other hand is just moving into Elementary level having very recently completed the recommended 50 Newbie lessons.  Here I definitely need lots of guidance on basic vocab, set phrases, syntax structures and pronunciation.  I get this through the existing lessons and a CPod teacher course - and even so, I still find it damn hard!  But I'll continue the quest as long as CPod continues to value and not neglect lower level learners.

- CPod has more than enough newbie and ellie lessons to allow anyone to move to intermediate level, should they wish to apply themselves. I, and many others, got past inter, just by using cpod and, to a lesser degree, aichinese (no living in China, no Chinese significant other, no other courses, etc).

- There is a reasonably large vocab "gap" between ellie and inter that is generally only bridged by dedicated users - or by people who supplement their Chinese elsewhere. By "gap" I mean: % of new words.

- If you are going to "front load" newbie and ellie lessons then it probably makes sense to systematically seed new lessons with gap vocab. A lower inter level will never take off here, but it is the sort of thing that could probably be worthwhile.

- After intermediate, the average user is really left to fend for themselves to move to fluency. Cpod alone won't really do this for you.

Some issues that could help, in this respect, include:

- most dialogues at UI are possibly too short (really need 5-10 minute dialogues on specific topics, not 1-2 minutes).

- the longer dialogues - could then let you explore a broader range of vocab on specialist topics.

- cpod issue transcripts of UI, advanced, and media main podcasts. I admire transcript with tal efforts - but not everyone is going to bother with this.