How times change in China and elsewhere

Recently, I have been reading about the events the led up to the victory of the Communist Party over the Nationalists.  I read a direct account from a Shanghainese woman who expressed how much admiration she had for the Communist soldiers who 60+ years ago came to Shanghai but refused to occupy the locals' homes.  They slept outside in the Winter, and their commanders endured the same food and conditions as their subordinates.  Then I just read this and this article.  How times change... not that that this was the first time I noticed a change.  I'm also not saying that this is unique to China.  I'm sure George Washington is turning in his grave about some things, but then again, he was a slave owner.

Anyway, I'm not sure exactly where I'm going with this.  Just thought I would share.

I've been doing some reading, too, recently. A book called "The Rise and Fall of Communism". A hefty bugger of a book, it traces the entire history of Communism in all of the world. It paints a tragic picture of a movement largely consisting of truly kind-hearted people with mankind's best in mind (like the soldiers in the account you read), but which inevitably turns into the opposite of what it was trying to achieve. A reviewer quoted on the back refers to the movement as "mankind's biggest mistake". 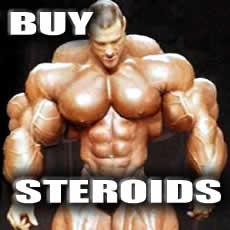 For Marx there was nothing inevitable about totalitarianism and nothing inherent in 'human nature' which would inevitably result in power-relationships between people. He thought that such relationships only arise in conditions of scarcity where there is a struggle for resources. For Marx, a communist society could only come into being when the means of production were fully developed world-wide.

From his perspective, the failure of communism in Russia, China and other countries which were all underdeveloped at the time of their revolutions can be seen as a consequence of this underdevelopment. He was too optimistic about the time-scale. Who knows what the next 100 0r 200 years will bring ? It would be foolish to consider that capitalism is the highest possible form of human social/economic development.

So glad that I'm The Ancient One, and will live for ever to see what happens.

I just feel that groups of humans cannot conform to any particular man-made ideal over a long period of time. Even if ten trillion people can live altruistically indefinitely, at least one person will realize that he/she can take advantage of the rest of the bunch and will do so, and so the downward spiral will begin. Any governing philosophy must take this basic truth into account if it wants to succeed. Then again, 500 years ago, people would have laughed if one were to tell them that kings and/or popes wouldn't wield the power. Another thing is I really don't understand the nuts and bolts of communism. I did study and enjoy Hegel, though. It was quite nonsense, but quite imaginative.

A thought occurred to me. I wonder if there are books in Chinese that explain the so-called socialism with Chinese characteristics? I always assumed that this terminology is a way to silently say that in China there is no coherent governing philosophy anymore other than what they decide works. But what if such books exist? Has anyone heard any books on the modern political theory of the Chinese government as they see it?

By the way Ancient One, I finally put two and two together and figured out who you are. I think a Greek philosopher in a cloak might be a more suitable avatar for you.

Did Communism fail in China? Or did it just evolve to the next higher level... Capitalism.

Two more thoughts. A couple of months ago I went to Hong Kong with my sifu for visa reasons. He was all "I'm glad to go abroad* because then I can buy a newspaper so I can find out what's happening in my home country."

More recently, I also accompanied him to Australia. Seeing the lack of poor people and run-down houses, he said "Y'know, this is what we were all dreaming about back then. How the hell did they do that?" My answer: "One step at a time. Don't bite off more than you can chew." (Except I didn't do the mixed metaphors, 'cause I was talking Mandarin.) That's sort of the policy now, I think, but back in the day, that was called 改良主义 and was pretty much illegal.

* Hong Kong is totally Chinese in all the ways that don't really matter.

I think chances are that China is going to come around to being a pretty much Western style of living within 50 years... if the world can support it. Then again, I don't know if the current political system can make it that far. It might all depend on if it is able to redefine itself again Deng Xiaoping style.

Speaking of interesting reading, have any of you guys heard about The Gilded Age: China 2013 ? I mention it here apropos of 'how things change'.

It would make a good topic for an Advanced lesson too methinks, (or might that be too controversial/political?) In any case I'd be interested to hear your thoughts and reflections if you read it mate.

1. 阶级斗争熄灭论 (talk about the end of the class struggle)

3. 剥削有功论 (talk about the benefits of exploitation)

4. 入党做官论 (talk about joining the Communist Party to work in the administration)

6. 公私溶化论 (talk about the combinaison of public and private ?)

Btw, 讨论 seems to be an exception of the "separable verbs."

While many constructions with separated "讨论" get scant results on Google, "讨个论" and "讨这个论" both seem to be used a fair bit. But let's not turn this into yet another thread on separable verbs.

You're right. This constructions exist but aren't widely (or wildly) used.

Apparently, "入党做官论" could be summed up with "talk about nepotism".

论 can be a N as well as a V (and 介词 also, apparently). I think 讨论 is "讨 and 论", a V-V Verb. So it's not a V-O, at least not until people begin interpreting the 论 a little loosely.

Wow, these are tough to translate. I find it interesting that all of them end with 论 except number two which ends with 理论. I wonder if 论 in the other instances would be best translated as 'talk' or is the abbreviated form of 'theory,' i.e. 理论. Perhaps I'm splitting hairs, though.

Here is my go:

1. 阶级斗争熄灭论 (talk about the end of the class struggle) I think this is right.

2. 吃小亏占大便宜理论 (talk about physiological needs and superstitions) I would say: advocating taking on little hardship but reaping conveniences

3. 剥削有功论 (talk about the benefits of exploitation) I would say: advocating exploiting those who have rendered great services

4. 入党做官论 (talk about joining the Communist Party to work in the administration) I would say: trying to become a government official only after just performing some academic work (presumably because this kind of person has no real-world skills, or at least that what I guess is what is meant by it.)

5. 读书做官论 (talk about meritocracy ?) I would say: trying to become a government official after only performing academic work (presumably because this kind of person has no real-world skills, or at least that what I guess is what is meant by it.)

I have very little confidence in these translations. I might prefer yours.

Thank you xiaophil for your take on this translations.

As the chinese rules are quite open to interpretation, I admit that I took some liberties with my translations.

I especially like how you broke down a sentence like 吃小亏占大便宜理论 but I also wonder how the neutral 论 became "to advocate" in english.

It's probably a crap translation to be honest. I didn't know if by 论 they meant 讨论 or 理论 or something else, so I just sort of chose a word that was none of the above but seemed to work (maybe). It was a quick translation job as I only had five minutes, but I think it those 6 forbidden subjects are very interesting. I searched online to see if I could find and English translation, but found nothing. A one minute search is all I did, though.

I won't bore everybody with the details, but I witnessed some pretty uncouth behavior a couple of weeks ago while checking out of an upscale hotel/resort near Suzhou... pretty much all wealthy, middle-age Shanghai'ers.  Certainly no national/racial prejudice involved; they treated local Chinese and foreigners with pretty much equal disregard.

I'm not sure that this isn't typical of any country that finds itself awash in newfound riches; it was certainly true in the U.S during the late 1800's/early 1900's... though it's hard to reconcile the concept of nouveau riche with a culture as old and prosperous as China's.

Actually, I wouldn't mind some of the details as long as it doesn't cross some sort of line (whatever that might be). I don't feel sorry about complaining about awful rich people from any country.

yet again I find that I was about to say the same thing as xiaophil when I first read your comment and before I saw his reply...that the details wouldn't bore me at all. But I guess that's just curiosity on my part,hehe, and is not the main point of your comment which I get, and actually it is your final comment:

though it's hard to reconcile the concept of nouveau riche with a culture as old and prosperous as China's.

...which is the most interesting. Indeed, how will these forces play out in future?