我是英文老师。 I just finished my first semester of Mandarin at the local community college.  I still have a very limited vocabulary, but here's my first attempt!

when I started I always used to write the chinese date. However I was told firmly by a number of people that it is now more common to just write the numbers.

Since doing this I tend to also post my diary on Lang8 as you get feedback on the diary entries that is quite useful.

Our teacher made us write out all the numbers on homework and tests like this: 二0一一年十二月十五日， mostly to force us to think in Chinese numbers. I'm still not super used to the order (I think month, date, year), so putting the signal word helps me get it right. I'll keep that in mind though for regular correspondence.

you are lucky I have done all my learning on the web so have never had a teacher to tell me to do anything ;-)

I am very lucky with where I live. I had several options for schools. I think Community College means something different in the UK. In the US, it's a cheaper way for students to get their general education done before heading to a University, but it is also open to community members to take courses which interest them. Since my class was after work, we had an interesting assortment of people from your traditional college students to defense contractors to husbands with Chinese wives! 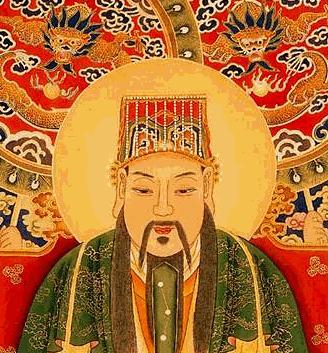 If I wanted to use the word 然后, where would the proper placement be?

I would put it here. I am just a beginner but if I were writing this sentence I would write it this way, but it may not be strictly correct!

I would agree with Keth's sentence, it just feels better some how.

Ah ok, I often forget to use 一起; we covered it very briefly in class. I see how that works. Is 派对 a transliteration? Thanks for your help!

Yes, 派对 is a transliteration of party.

I went to a 圣诞节派对 last year in China at a university and it was quite weird. Not just because in Australia Christmas is mainly about family dos, and you do it on Christmas Day. We have work Christmas parties in Australia in December but none like this Chinese party.

Chinese Christmas parties are held on Christmas Eve (I believe that is a European tradition?)

One standard at Chinese Christmas parties is that everyone gets an apple ... then there are speeches, all the dignitaries are named (you get to know finally who the party secretary is), then it is a concert, with food following, or just food. They have as much Western food as possible because it is a Western festival. And of course they play 'Hotel California' several times - possibly the standard 'Western song' in the ears of most Chinese people. Though fewer than 1 in 100 people can tell you what the lyrics are about.

The previous year our employers shouted us to a Christmas party and that was beyond weird. It was 'Western food' and a bright green alcoholic drink (a couple of those saw me through the night.)

One last thing - we received quite generous gifts from our employers at Christmas - in Australia in the past you might have got a bonus, these days lucky if you get a free meal. I think these days Christmas has turned self-funding.

I might be taking a lot of grammatical liberties with this set!