Aiyou, just heard about the Chinese Governments plan to do the first major change to characters since Simplified characters came in. Looks like they're planning to limit the number of characters to 2012 [this major change is planned to be introduced at chunjie 2012] which means a lot more characters will have multiple readings. They are also planning to limit the stroke count to 8. Some of the existing characters with higher stroke counts will add an element to some of the existing characters with very low stroke count to add clarity while still keeping under or equal to 8 strokes. Now I'm not sure how much to continue studying the current simple characters, but apparently the new characters are being kept top secret until their launch next Chinese New Year. Zenme ban?

Where did you hear this - can you give a link?  It doesn't seem possible, for a number of reasons.  First, there is no way to achieve that kind of reduction to only 2000 something charecters.  Second, don't they tend to release proposed revisions for comment and such (I don't think they take the comments seriously, but I think it gets circulated in some circles anyway)? Third, considering the reaction to some recent changes (for example, the giving of 荫's first tone pronounciation to 阴, and the unintended consequences), I don't think such a massive change would be taken well.  Fourth, can you imagine the insane complexities and costs this would introduce?  Reprinting all sorts of material, textbooks, newspapers, signs.  Retraining people in the new system. Reprograming computer systems.  Jeez, the USA can't switch over to the metric system because of the costs, and the move you describe would make that look trivial.

Is it possible this is just some kind of internet rumor?  I really can't imagine anything more than continued small almost unnoticiable revisions in structure, or clarifications between two possible choices of charecter, or adjustments to pronounciation to better reflect current use.

Haha, you got me. I'd point to the fact that my timezone is still before midnight, but I would have fallen for it either way. ;)

Japanese has some key number of characters too, right?

Fool me once shame on you, fool me twice shame on me, fool me three times and I should just go back to bed and wake up on Saturday. :P 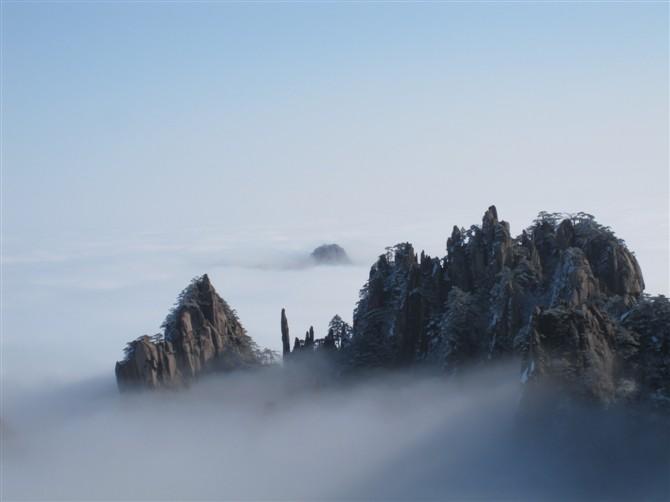 I just noticed that you are also a graduate student in the midst of thesis writing - I finished writing my draft a few weeks ago, though waiting for my advisor's word on whether/what to rewrite. What is your area of research, if I can ask?

I'm in chemical engineering (化工) - biofuels specifically. Just please don't say the - oh you must be really smart...drives me crazy. 宁愿听了中国人的评论 - 皮肤好，好高啊。 :D And sadly, I haven't gotten much writing done on my thesis yet, I have been too busy trying to finish my project before I head back to the U.S. this month. What about you - what is your area of research?

I do respect engineers, though coming from a liberal arts background I'm not allowed to have any specific prejudices in favor of you calculator jockeys (prejudices against are allowed though). ;)

I'm finishing up a masters in studying China, and specifically my research is on Ming Dynasty criminal law (even more specifically, looking at the Ming penal code and the decisions of the judge Li Qing 李清, and examining the goals which they are seeking to achieve through punishment, using the modern concepts of deterrence, incapacitation, retribution, and rehabilitation). I previously was a lawyer, so it is sort of a combination of past a present interests. Though my student status is rather fleeting - I will graduate in a few months and move to Detroit to begin work as a consultant with McKinsey (a business management consulting firm).

So how did your project come to be located in HK? I almost suspected you were doing local history research or something (my liberal arts prejudice leads to the assumption that engineers spend all day in dark labs that can be just as well located in any country ;) ).

I don't blame you for thinking I'm liberal arts. Those of us in grad school for science don't often like to go elsewhere to do work - it's too complicated. And your prejudice about the labs is not entirely inaccurate. :) My previous work was all in a lab - but it is very bright. Don't believe the darkness and blue lights you see on TV. We call it "the blue light of science" - but labs don't really look like that. Who would want to work in the dark (unless you're doing something like SEM that has to be in the dark)? :D My project here is all in the computer though. I'm trying to scrounge up as much data as I can to determine the environmental and economic impacts of using agricultural and forestry residues for either production of electricity or production of liquid transportation fuel for different provinces in China.

I'm afraid I have no prejudices against those in liberal arts - I guess I respect (or pity?) you too much for doing something for so long for which you get paid so little (if at all), and may not even have a job when you're through. Just teasing! ;)

Ah - are you a Michigander as well? I'm guessing not or you wouldn't have said you were moving to Detroit. It seems like there are a lot of us on CPod though.

Huh. I was wondering why an engineering student was in China.

:) - I have lots of friends who have come as visiting scholars to the U.S. from China and have worked in my lab - I think we've had six total in the past four years. If I'd had funding I could have done the reverse (and would have preferred it for improving my language skill), but my scholarship was specific to the university here in Hong Kong and they don't have the lab equipment I would need to do lab experiments. So computer work it is.

In a famous dialogue someone once asked, “今天是什么日子？”

Ha ha.  This was funny.  Though I think that simplified characters are no laughing matter.  I think the Mainland should return to traditional.  Put the "heart" back in "love"!  Get rid of such oddities like "hair" and "produce" being the same word!  Get rid of that hideous character for "leaf"!  I mean, seriously, what is with that "leaf" character in simplified.

It's your freedom which characters you are learning. So learn the traditional ones!

Funny you should mention that because I'm not sure if it's pure coincidence or a reaction from Traditionalists [to the above further simplification plan] but the traditionalists are thinking of stepping back to the more traditional 隶字 of which there has already been a revival in certain circles.

The best April fools scams are perpetrated by National Public Radio (NPR) in the US. They usually run a 10 min radio editorial on some subject such as a planned "milk pipeline", "exploding maple trees," or "portable zip codes". They do it dead serious. I remember the first time I heard one, I kept thinking, this cant be real, but its public radio, then it dawned on me what day it was. I missed it this year.

I also remember a local radio station here (about 15 years ago) announcing the time on the morning show as one hour later than what it really was, so commuters listening to the show would think they were late for work. This one I caught right away, but I can see someone panicking and thinking their alarm clock malfunctioned or something.Today it might not work so well since all cars have clocks and everybody has a cell phone.

As for the Chinese characters, such an inefficient system, regardless of its beauty and historical significance blah blah blah. They should adopt an alphabet and use pinyin only. It would save millions. Look at all the time and energy wasted to learn these in school. A better April fool's scam would have been to claim the Chinese govt was planning to change the primary language of China from Mandarin to English by decree. In China they have this kind of power. Or do they? Would it work?

..hehe, do you think you could have fooled anyone with that? For argument sake though, let's just say that both stories were believed. Think of the emotional impact on your audience. The Chinese are already learning English and even were there such a decree they're not going to forget Mandarin in a hurry. You know what people say is going to be much harder to enforce than what is written, there would be a lot of resistance so you will still be able to go and speak Mandarin for a long time into the future without the learning effort having been a waste. But if all the newspapers, everything written was changed, there would be a wide impact on your ability to understand in a short space of time { I guess]. Of course this is all baloney, but I'm just saying that I thought that it may have felt like the consequences were more imminent. Hehe, but I guess this could be opening up for a fruitless debate, cos none of it's really believable when you get down to it.

Thanks for you link. Yeah, some good one's there.

The one that stands out in my mind in Aussie history was about 30 years ago when a current affairs program I was watching announced that an iceberg was being towed from Antartica and going to be arriving in Sydney Harbour the next day [April 1st] that would supply drinking water for the next 20 years. People apparently flew in from all over the country to see it and some were apparently livid when they found out it was an April Fool's Day joke. The station received many complaints, but apparently the popular host of the program claimed that even he didn't know it was a hoax.