Hey, I have no idea where to start learning mandarin Chinese at. Right now I am at the 5 tones, and am on the first one. Should I learn how to read, say, and write each vocabulary word? What about the Supplementry vocab? Any help is greatly appreciated.

There are plenty of places to start.  You say you at the 5 tones.  Not clear what you mean by that, but the Chinesepod approach is to start learning Chinese through listening to the lessons.  Is there a specific topic that you'd like to focus in on? If so, pick that one and start listending and repeating after it.

I am on the 5 tones that are in Mandarin Chinese.

I don't understand your reply. Learning the tones in the abstract isn't really helpful unless you apply them to specific words. Chinesepod has lots of lessons that apply the tones to individual words. I was asking which chinesepod lessons you were listening to or studying to get to the point of using the tones. A good approach might be just to listen to a newbie lesson and learn the tones used merely by repeating the dialogue over and over until you can repeat all the words. You will have implicitly learned and used the appropriate tones.

Oh, sorry, I have been listening too and trying to under stand the tones from the Newbie 1st tone, 2nd tone, 3rd tone, 4th tone. These are the only lessons I have done so far as I think that learning tones is very important. 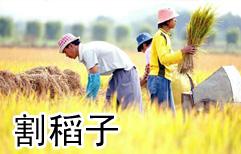 i would suggest not studying at all unless you are planning on devoting years of your life, 1,000's of hours, heartache, success, failure, and all the rest into the language. if you are willing to commit your life to become fluent in mandarin then give it all you got if your not willing then just give up already.

if i knew years ago what i understand now i would have at the beginning learned lots of chinese characters. now i am in a class with Koreans who know how to write and read heaps and heaps of characters. my speaking and listening is too high to be sitting effectively in a lower level but my reading and writing ability is very limited. therefore i would suggest if you are serious about giving your life for this language then start learning characters early on. Get Heisig's book on Remembering Simplified Hanzi that will take you leaps and bounds with learning the characters and future technique as to how to most efficiently memorize mass amounts off chinese characters.

another suggestion i would give you from years of learning chinese (cantonese and mandarin) i would keep your review strong. if you are lacking in good effective review then no matter how many more words you learn and how many lessons you study if you are not retaining and using what you learn you can be wasting much effort and strength. the best thing is effective review so that you don't study a bunch of lessons and then forget what you studied 3 months ago or 6 months ago. you know what i'm sayin?

another thing to add would be... find out what is most efficient for you in your study every person's character, ability, strengths and weaknesses, etc. vary. therefore i would suggest that you personally try as many different methods to learn the language as possible, then after many months you will know what is best for you and what is not effective for the long haul so that you can obtain absolute fluency. there is no messing around here, this is serious business.

"there is no messing around here, this is serious business."

That explains it; I take my mandarin studies far too casually.

review, review, review. And review again! I get so carried away with trying to complete all the CPod lessons that I never get a chance to consolidate what I've learned. You'll find that quite a bit of review goes on naturally with the CPod lessons themselves, particularly if you work through them in chronological order, e.g. new structures, patterns and vocab have a habit of recurring again and again in lessons aired shortly after they were first introduced, but this isn't sufficient review, in my opinion, to really memorise something. I scared myself the other day - I've now got 2.5 full lever arch files of Cpod lesson notes spanning Newbie, Ele, Intermediate and QW - yet I have never once gone back and reviewed any of them! This is my main stumbling block at the moment and probably why I'll forever be stuck at Intermediate...

could anyone give a good method for review? a lot of times I will do some informal review like listening to some old dialogues that I hadn't listened to in a while as review as well as try to think about and repeat vocabulary and phrases from those dialogues

I will really recommend a disciplined approach to review where you go over the lessons you have studied in the past week, for example. So if you study a new lesson everyday for instance, you should be spending Friday on review not new lessons. You might want to try to do the lesson exercise for the lessons you have studied or simply start with listening to the dialog again and see how much you have pieced together. It;'s also useful to review the vocab either on the vocab page itself or if you have saved words then review them as flashcards in "vocabulary" under "Tools". The audio review is also a good resource to test your knowledge of vocab and how to use them. And to put all of these together, if you could find a speaking partner to practice the language would be ideal. 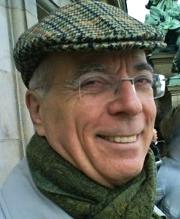 Hey Jenny,it's so wise and simple at the same time what you recommend. I made the same mistakes reported by so many poddies above. When I started latin as a young boy in school the teachers saying was always 'repetitio est mater studiorum' repetition is the mother of learning.. 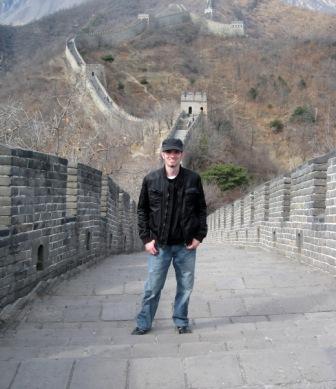 I found these statements by fellow experienced learners to be true...if you are just too casual about it and do not ever review what you learned...then forget about it! you will never make any progress! Yeah its important to have fun while learning and maintain your life in every other way...but learning another language ecspecially Chinese is HARD work! It takes many hours of blood sweat and tears! ok, maybe not the blood but you get the idea..just like many things in life, your journey to learning this language will be similar but also very unique...within a short time you will find yourself collecting many diff types of books, music etc and eventurally you will discover your own method...probably will be a hybrid of many diff techniques...flashcards, listening to podcast on the way to work, listening to chinese music while take a walk, taking a class at community college...making chinese friends,,,there a million ways to study this language...i say try em all and find out what works best for your life!

This post brought me back to when I first started studying Chinese two years ago. Back then, I was clueless as to what worked and what didn't. I wasted lots of time, and concur with the statements made about the value of review. In my case, I am much better at reading than speaking. I started early on learning characters. I had a failed strategy, I only learned the english equivalent to the chinese character. After I moved to China, I found that this had little value. The disappointment that I felt nearly pursuaded me to quit my Chinese studies. I ended up having to learn all the other stuff with the characters along with the english translation.

Here are some suggestions based on what I currently believe, although all I have is my experience which doesn't really amount to much;

practice what you learn, particularly as soon as you learn an item if possible.

try to seek out native speakers who might be willing to do language exchange. There are many Chinese people who want to learn English. They will be happy to do an exchange.

review old stuff that you learned, don't make the mistake that I made early on. I blazed through 100's of lesson thinking that I was learning new words. What I see now is that I didn't retain many of these words.

I would study the hanzi, pinyin, english meaning, and pronunciation of a word at the same time. As I said before, at the beginning, what I was doing was studying only the hanzi and the english translation.

Well, enough from me. I hope this helps.

I would like to become fluent in mandarin Chinese. I am willing to dedicate a lot of my time to learn this and will practice it constantly. I just don't know where to start. I really know absolutely nothing. I am learning the 5 different tones that are in mandarin chinese. Is this a good place to start? After I learn how the 5 different tones sound I will move onto the greetings. Also I was told by someone to use Skritter to learn the hanzi. 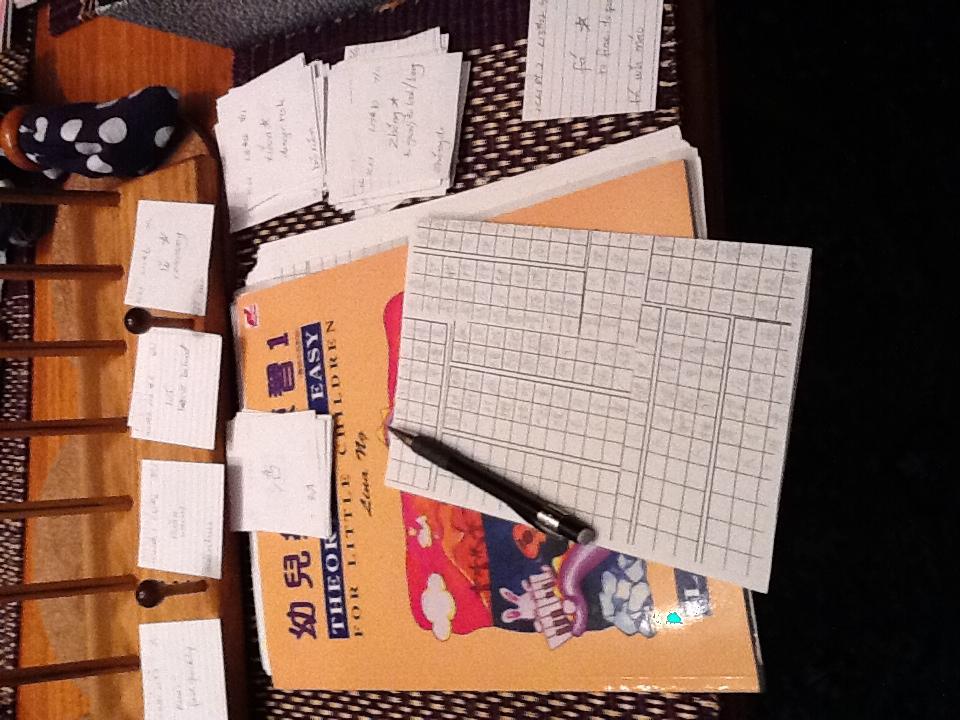 The above comments re: how much WORK it is to learn Chinese are so so so right!  Chinese is my 8th language to study, and I plan to really dedicate myself to it for the rest of my life. (I'm nearly 60)  I myself have a powerful review tool (spaced repetition strategy) plus a teacher (Georgetown University) plus a great text (currently reviewing Integrated Chinese Level 2). Of course, ChinesePod is invaluable. I practice speaking Chinese every  day with my violin students and their parents (I live in the Washington DC area) plus loads of friends.  Studying Chinese is one of the best decisions I ever made, in terms of having FUN! OK, Spanish, French, Italian and Japanese are also fun, BUT there's something about Chinese spirit that really grabs me.  Soon I'll have my website up with a section on Language Learning, which should be interesting  (I hope) to Chinesepod learners.

My personal opinion is that Chinese Pod (and other sites like it) do not make it easy for an absolute beginner to get a feel for the language. Once you get over the initial hurdle, this site will take you a long way in your learning. But I would recommend starting off by signing up to a 3 or 6 month starter course in your local area. The site will make a lot more sense after that.

I am unable to take chinese where I currently live at. The only foreign langauge I am able to take is spanish in which I have took already. When I go to college in about 4 months I will be able to take college classes on the chinese language. Right now I am just trying to learn as much of the beginner basic stuff I can. If anyone is willing to maybe skype with me, I'd definately appreciate it! If you are a native Chinese speaker, with some English language, we could kind of do a language exchange.

Hi just wanted to throw in another comment for "review, review, and review some more!!"

With the website very flexible and a good variety of content available there are millions of ways to achieve this. My personal favorite is Pimsleur schedule, it makes sense if you've tried the lessons, and goes like this:

The basic schedule is to do review on next day, 5th, 25th, 90th day and one year later. When all is filled up and running you will have 1 lesson and 4 reviews per day, a nice amount.

Thanks for this. I went through all three levels of Pimsleur, and didn't hear about this type of structured review.