Ok, its time for the frequent and infrequent posters to start making a stand on having a MEATY guitar lesson.  By meaty, I mean a lesson that has words in it that all guitar players know, regardless of the types of music they play, or specific styles:

This is definitely an upper intermediate level lesson.  I was thinking of the following scenario:

a music teacher is trying to teach a somewhat reluctant student a few basics around guitar playing. So a few sentences along the lines of someone strumming a Cmajor chord, then having a kid (as the second actor) in the lesson try strumming it, then having the instructor say, "here's a C major 7th chord", the kid doing the same, and then having the instructor saying something like, "an arpeggio is just playing each of the notes in the chord individually, not all at once." then having the kid do it. Then have the instructor say, "there are just three kinds of chords: majors, minors and dominants. Don't get confused by a minor 7 flat 5 chord, or a diminished 7th chord, or a major 6 add 9 chord. In the end, they're all just majors, minors and dominant chords. and if you use a moveable form,  you can play the same form at a different fret on the neck".

The bottom line is that if a lot of poddies scream (especially poddies that don't usually post) for a lesson, then we'll likely get one. And if only 4 guys scream for one, then I guess we shouldn't expect Cpod to jump through hoops to create one.  At this point, I can live with the results either way.  So i'll post this, and let the cards fall where they may.

WOOO I'm for it, lets hope there is someone on the team that can even translate some of those terms as in knowing what they are in the first place haha...

Yes, a music lesson would be great. Not just guitar-focused, but other instruments as well. I play violin, I am looking for a teacher to learn 二胡, looking for the vocab I'll need with my new teacher. Thanks!

yeah, how am I supposed to teach guitar in Chinese :D

Still early in the game, but three guys saying "I want a guitar lesson" isn't the groundswell of subscribers that I thought it might be.

I could be wrong, but it has seemed dead around here. It could be timing.

I will stick a vote in for a music lesson. I'm not at upper intemediate level yet but it can't hurt to have a lesson in the bank for when I do advance.

I will vote for a guitar lesson too.

However, be careful what you wish for.  I once wanted a lesson relating to my favourite sport - badminton.  But when it appeared, it was really dumbed down and coloured by John scoffing that it was not a real sport.

I hear you. I suppose we can't prevent anyone at cpod from scoffing at guitar playing, but I was hoping to get beyond "do you play an instrument? 'yes, guitar.' oh wow, cool!" type of dialogue by being very specific about what the ideal lesson should contain. Hopefully there are some secret worshippers of (insert name of your favorite guitar hero here) on the cpod staff.

I agree.  I created a discussion about this very topic a while back.  Maybe it is worth looking at.

I might add, and I honestly hope I sound puzzled and not angry and bitter, that it seems that CPod doesn't feel decent music lessons have anything to do with real life.  Beauty pageant and remodeling series and the like (and I might add that I liked them) curiously seem more useful to them than something almost everyone enjoys--music.

As for specifically playing music, they had a Saved by the Gong some time ago that was pretty good.  This lesson on playing a piano might be useful to you too.  Other than that, it has been really basic stuff, e.g. 吹笛子, 拉二胡, 弹吉他, etc.  Surely there are enough foreigner guitarists in China to warrant a decent lesson on jamming out on a guitar! (Playful nudge to CPod.) 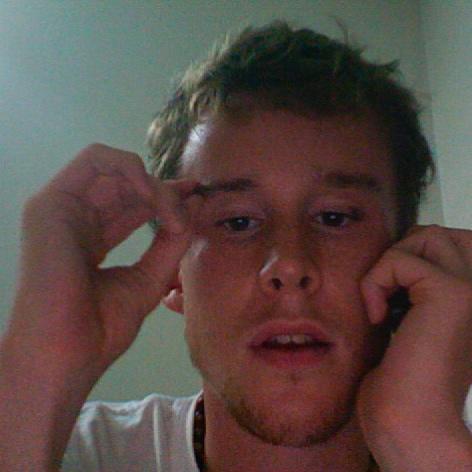 I will add to the screaming. I need this lesson bad, too.

Some other words that would be helpful: overdrive, solo, improvise, bass notes, rhythm, power chords, "what key are you playing in?", "what chord is that?", "do you know any rolling stones? (or whatever)" rhyhm guitar...

A "lesson" dialogue wouldn't really be useful in my eyes because none of us are john pazden, we can't go take lessons in guitar from a chinese person who doesn't speak english, but we can go to a guitar store and jam with the bored dude sitting there and hopefully communicate about the guitars and playing. this would be pretty easy to write...oh hey, you play guitar, do you own this store? how long have you been playing? do you like to play electric or acoustic? do you like heavy power chords or folk music? check this out, you play rhythm for  a minute and i'll solo. ok, what key do you want to play it? wow, you're great at improvisation. you threw down some nice rhythm yourself; what chord progression was that, exactly? oh, it was a Cm7, a Gm, and a D. That's cool; your strumming is great...

ok maybe not that exactly, because it sounds stupid, but anyway that would be cool for me.

but whatever is fine. hah.

I second all of the above :D

I would love such a lesson as well, would be very helpful!