I am considering the option of spending some time in China to improve my mandarin.

I am sure this has been discussed before, but I am looking for recommendations and experience please.  There are many possibilities on the internet.

I am tempted by this in Kunming (I haven't been there):

This is in Yantai

and then there is http://www.applelanguages.com/en/learn/chinese.php

There are so many apparently to choose from .... 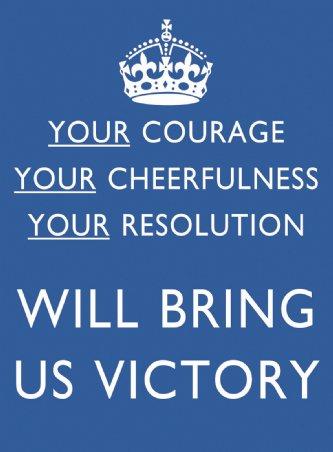 When I was in Beijing I attended a school called the Bridge School. I thought it was excellent. You can have group or private lessons. If you are prepared to attend private classes after 3pm it is cheaper.

Quite a few embassy people attend and it has got a very good reputation.

They use a textbook called Short Term Spoken Chinese produced by Beijing Language and Culture University.

There are two campuses. The one in the E Tower in the Chaoyang District is to be preferred because of its location opposite a bar called Centro which is cool.

Me too! I went there for about 2 months, based on the advice of others, but I didn't like it. Thought ChinesePod was better and more practical.

i would be interested in hearing why you did not like it. Of course chinese pod and school lessons are very different things

Yes they are, perhaps that's why I didn't like it. I considered myself an intermediate learner, but at the Bridge School, I was still covering things like directions and ordering food, which I felt I had a pretty good grasp of.

And as we all know, the lessons at ChinesePod are more interesting and far-ranging than that.

First let me say I hope you realise your ambition to improve your Chinese in China - an exciting step.

I suppose I should be able to give you some advice on Kunming.  It has an equable climate (I'm not sure if that is scientifically accurate) - neither too hot nor too cold.  Plenty of blue sky.  Lots of other good things about it too.  A multitude of Chinese language learning options .. I have heard of Keats but don't really know anything about it.  Just for comparison: you can get 20 hours of classes a week for as little as 2,700 RMB a semester - that would be 16 or 17 weeks I imagine.  A good university option in this province would maybe cost 5,000 - 5,500 RMB for the whole semester.  Accommodation, food, and textbooks extra.

I have been to Yantai, a port city - it is not so pretty, but again language learning opportunities abound. Close to Penglai, made famous by the legend of Eight Immortals.  Take the ferry to Dalian and you start your exploration of the north-east.  Lots of interesting things in Shandong Province to investigate.

I think another excellent school in Beijing is the Taipei Languange Institute. But in general, there are plenty of decent schools in Beijing, so you'll likely find something that meets your needs if you want to come to Beijing. Likely the same thing is true for Shanghai as well.

But I did like your choice of Yantai. Let me talk about Yantai by first talking about Beijing:

Advantages of language learning in Beijing:

- plenty of language schools, so if you don't like your first, 2nd or 3rd choice, the 4th, 5th and so on might be ok.

- easy, direct flights to the rest of the planet.

- many schools have experience teaching foreigners, and have evolved methods and practices for doing so.

Disadvantages of language learning in Beijing:

- a good sized expat community that is fluent in ENGLISH. Easy to fall into the trap of hanging out with expats because they know their way around and you don't, and then use them because you're used to it. Then it becomes hard to learn Chinese with all these English speakers around speaking English. They are also a crutch if you use them and hang out with them, and their Chinese is way better than yours.

Yantai, Lanzhou and other cities that don't get many expats are going to force you to use the Chinese you learn. I've seen enough from Yunnan that suggests it could go either way; plenty of expats, but maybe not some critical mass.

Having been to Lanzhou and Yantai, here are some more thoughts:

- Yantai - some decent beaches. harmless big jellyfish in the water.

- both cities: there are maybe 300 foreigners in both cities. you will definitely use your Chinese.

- lower costs than Beijing or other large, fun Chinese cities.

Based upon my own research (which I think is correct) fees at chinese language schools in Beijing are cheaper than in Shanghai.

Recently,I try a new way to learn Chinese that it's study on the website,maybe you can try it.