About Tone Pronunciation: sh and x

I found myself difficulty in pronuncing sh and x.

Could sb tell me how to pronounce them clearly?

For sh, the tip of your tongue should be curled up to the roof of your mouth, not quite touching.

For x, the blade of your tongue should instead be roughly in that same position. The tongue-tip should be kept down and out of the way.

The hiss for each sound should occur in the small gap you've left near the roof of your mouth.

shui:your tongue should be curled up

xue:your tongue is not that curl up

i think this is the biggest difference between "sh"and"x".

I used to make an error in pronouncing '水 shui3'. Actually, I often replaced it with '雪 xue3', which gave a completely different meaning. I think we all need practice. HAHA.

Welcom to use our tone practice!

He didn't ask about tones.

And why is "aiservice" using the picture I made for my Bing Xiang Tie program as an avatar?

He didn't ask about tones. 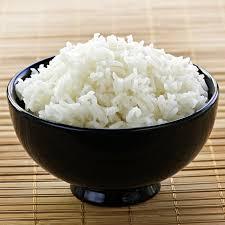 In the two words you gave as examples the biggest difference between 水shui3 学xue2 is the shape of the lips needed to say the vowel sound in 学xue2 correctly.

The lips must be rounded in the same shape as when we say "oh." The letter "u" in Chinese requires the lip rounding that most foreign speakers, and many native speakers in Taiwan as well, leave out. That vowel difference between 水shui3 and 学xue2 is much more likely to result in misunderstanding than the difference between the "sh" and "x" sounds.

Now to answer your original question. There are seven fricatives in Chinese. They are all made by placing the tip of the tongue at the roof of the mouth and letting it vibrate as we do in English for a "s, z, or sh" sound.

The first three positions are on the alveolar ridge right behind your teeth.

The first example is closest to the teeth, the last furthest back:

Once again, the positions move from front to back)

By saying the seven examples above one-after-another the relative movement of your tongue placement becomes obvious. You can see how the initial sound in your words differ:水shui3 and 学xue2

The second word,学xue2, begins with the tip of the tongue slightly further back than in the word水shui3.

I hope this helps!

And why is "aiservice" using the picture I made for my Bing Xiang Tie program as an avatar?