If you can learn one language, should it be C or PHP or Mandarin or Spanish?

Sounds like someone/some org is concerned that coding will/is overtaking Mandarin or other languages as a focus. 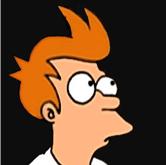 While both programming and spoken languages are very important to start learning at an early age, I think they have different education purposes beyond "preparing someone for a job".

Programming languages teach logic and creativity, but is mainly a solo, intellectual activity -- at least early on, anyway.

Spoken languages teach a different way to look at the world. The cultural activities and to some extent study abroad have less to do with learning the language but getting more outward exposure to the world.

Yes, life should be more than just 'preparing for a job'.

It seems to have past its lifespan, but around the mid 80s in the US, consulting, management firms and the like were circulating a picture of an old woman embedded in a young woman, and people were asked which woman they saw in the picture. This was done as an management exercise in exposing underlying paradigms on how people viewed the world around them, and that in some cases, people weren't aware that they were using specific models to view actions, events, etc. Usually it turned out that both groups were right, but didn't realize that the other group was right. There was also the metaphor of the 3 blind men and an elephant. People can have different pieces of picture, but need to listen to each other to hear where the pieces might fit.

Yes unfortunately most of what I hear these days tries to put a monetary value on education - I hear people say that you should pay for education because you will get the money back with a higher salary later ....

Putting a monetary value on education is worthwhile, especially when you have to pay for the education. One of the many challenges with valuing education is that there are many ways and assumptions behind doing the valuation. In the States, valuing education is especially worthwhile when university tuition is $150,000 - 200,000 for a 4 year private university. And some jobs pay better than others. Bill Gates' kids likely don't have to worry about this, but the American family with the median family income should think about this.

Don't agree. The American system is at fault in my opinion. Tooooo capitalist - everything is money money. Why not educate your own citizens for free/ or at least for less. We had better not clash on politics :-) - Back to learning Chinese

No clashing on politics here; i'm a registered "undeclared" :-)

thanks to an article from

Having learned C, PHP and a fair amount of Mandarin, I would say that the complexity of natural languages still greatly exceeds programming languages.  I'm still plunking away at Mandarin because it opens a new world to me.

I suppose one fundamental difference in talking to a computer and talking to a person in their native language is that the latter doesn't necessarily do as they are told!

Ok. Which fostered more "critical thinking" and "teamwork", speaking mandarin, or delivering a major version release of software into production?

What is C, what is PHP? 以前无听过