In China, what method is used to input Chinese on a smartphone vs a feature phone?

Obviously it's not pinyin based. Is it radical or character based?

Do people prefer using handwriting input on smartphones with touchscreens?

Based on a small sample of my wife (Chinese) and her friends, pinyin input amongst Chinese (at least younger Chinese) seems quite popular.  Smartphones do have handwriting input functionality here, but I don't often see it being used.

If I look at my own usage, if I'm writing a Chinese SMS I will use the pinyin input.  I only really use the handwriting input when I want to look up a character's pronunciation and meaning.

'Obviously it's not pinyin based'

Not sure what your thinking is here .. pinyin is the standard input because it is so fast compared to writing characters.

The pinyin input suggests characters and character combinations - easy to use.

But I like the handwriting input because sometimes I'm not sure of the pinyin. 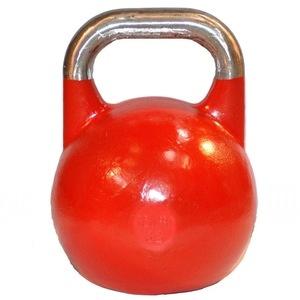 I wonder if someone more experienced with different input methods could  comment on which is both more common and or more efficient to use, both on phones and computers.

Sorry Jacob, I wasn't particularly helpful with my 'here' reference. I was referring to Shanghai. In fact, I was just in the lift a little earlier and happened to glance at a couple of the other locals writing into their phones. Not wanting to be too intrusive of course, I did however note that they were both using pinyin input.

I only know one person who utilizes the writing the characters into her smartphone.  (note, I find writing a pain sometimes as the smartphone/tablet sometimes does not recognize the character written on first attempt, resulting in re-writing it slower and neater).

The other method that I've seen used, though much less often is the stroke count radical index.  Not sure what the name of this input method is, but it works as folllows:

You need to know how many strokes make up the radical and the other part of the character.  For example 在  has the radial 土, which is made of 3 strokes, so you'd enter 3 into your input device, next you'd enter the number strokes of the remaining part of the character, the case of 在， this would be another 3 strokes.  Next the screen would pop up the list of characters with that match a 3 radical stroke and an additional 3 strokes and you'd choose 在。

As you can see from the above, pinyin is much more efficient for most as it is quicker and easier.  The second method definitely requries more mastery of Chinese characters.

I always find it funny that the Chinese themselves resort to pinyin for electronic typing input. In fact, this has got me thinking, how was Chinese typed in the pre-electronic age when there were only typewriters?!