I found this thread via google and posted but nothing showed up. It's a nice long thread with all of us posting our goals. I didn't want to start a new thread but wanted to hear how everyone got along with their goals for 2010. 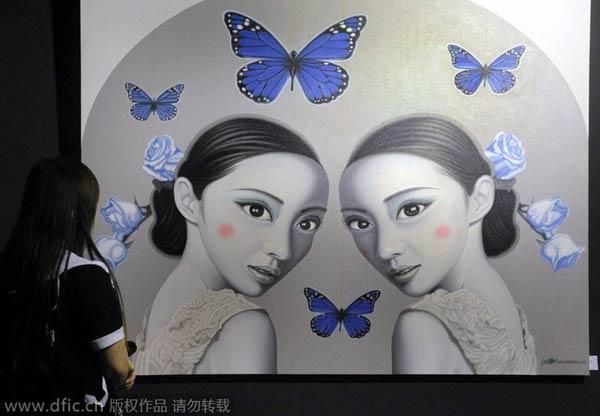 This post was lost (not deleted) in an update to the site. It's such a shame not to reflect on these goals we set, so I will send the tech guys an email to see if they can possible retrieve it. I remember there was an issue when I tried to do this earlier in the year, but I'll try again :-)

The original "2010 Resolutions/Goals" thread has been located!

Those who posted a study goal for 2010 - and those who did not, but still made a goal - maybe you can share with us your experiences this year? Did you meet your goal(s)?

As for me, I have been working on my daily lessons with ChinesePod teacher Amanda, and as I'd hoped my spoken Chinese has definitely improved. I feel tonnes more confident in speaking and my vocab recall is much better. I am still frustrated that the pace hasn't been fast enough, but  I can only blame myself there....

I feel I achieved my stated study goals for 2010 to a level I am satisfied with.

For the benefit of those who were not aware of bababardwan's admirable goal for 2010, he announced:

"I aim to be fluent in English,and furthermore master not one,not two,but ten Chinese words,and know how to say hello in at least 2 other languages."

You are clearly one of the most active, dedicated poddies in the community. It's so good to learn that these efforts have paid off ;-)

I am humbled by your dedication!

I'd be interested to know what he means by 'fluent'... 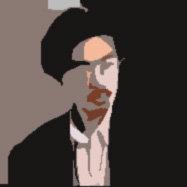 Jokes aside, Hats off to ya my friend!

I luv youse all

Not sure about 2010 study goals as a whole, as I didn't make any.. but I knew I'd reached a new level in my Chinese ability during my last trip to China earlier this year.

1) I had to make my own way from Hangzhou to Mogan Shan. Mogan Shan is a very tiny place up in the mountains near a very small town called Deqing. The train ride was no different to normal but after that it was all Chinese and no English whatsoever. I managed to get myself to this isolated location in the middle of nowhere, or so it seemed, and make my way all the way there.

2) The journey back to Shanghai: Well after spending a few boring though pleasant and relaxing days in Mogan Shan, I planned to catch a bus from Deqing directly to Shanghai. Little did I know that there was a long weekend (or something) and when I arrived at the bus station I discovered there were no available buses to Shanghai. I had to quickly read the timetable (all in Chinese) and make a rushed decision to buy a ticket back to Hangzhou.

3) I made it back and navigated, via taxi, back to the Hangzhou Train Station and stood in line, avoiding the dodgy ticket scalpers, and secured one of the last tickets on an 8pm "extra" train that was added to cope with the increased amount of travellers. I had to "insist" the ticketing lady double check for a free seat as she had first told me there were none.

4) After arriving back in Shanghai at around midnight, the only option to get to my hostel was by taxi. I told the driver I wanted to go to Caoyang Lu Subway station and off we drove into the night. As we got closer, I started to recognise landmarks and upon arriving at the next street down (I think east) of the hostel, the driver turned the opposite direction to where I assumed the hostel was. I asked him, all in Chinese of course, where he was going and he replied "Caoyang Lu" and I'm like.. "No, I want to go to Cayang Lu Subway Station" and he's like "Well, I don't know where that is! So I am taking you to Caoyang Lu" *sigh*.. So of course I had to direct the taxi driver to the location myself.

And these were just 4 highlights of my trip that required, absolutely required, my level of Chinese to be above what it was last year. There's just no way much of the above would have been possible last year... no way in hell. :)

I'm impressed that you got one of the "sold out" seats. It's so easy to get messed around in these instances...

well done light. I think going in to battle...changing someone's mind or direction must be extra challenging. Impressed.

Mine was: "My resolution is just to get a LOT of chinese practice in, so as to be able to have a good basic conversation by the Autumn, when with any luck, I will be going to China for a very important trip!"

1~figure out how many characters I know -Yeah, nevermind, I don't care about the number count.

2~add 1000 to whatever that is. I will start with all the subway stops, bus stops I frequent, places I go to and fun new words like 聊天。 Not because I think they may be more important or useful, but I will be able to reinforce my learning by seeing them regularly. （I just learned today that 村 means village. Thus a common 地铁站 name character.) -I didn't end up methodically studying the 地铁 characters, but I often use my pleco to study them while riding, and I can read and write many of the characters used. Not all, but enough to be a good parlor trick. Whatever my charater number count is, I am satisfied with my progress in this area.

3~be able to 聊天 about simple things without too much pain (All chinese people seem to think I will accomplish this goal in "six months." I wonder where they have collectively arrived at this time frame.) -Feeling rather decent about this one actually! Next goal: Understand what they are saying on TV. An ad, anything I don't care. I just don't think I can say I know a language if I can't even understand TV. Problem with this goal... I don't really care for TV. Revised goal: Understand what they are saying in a movie. A kid's movie is fine.

4~greatly improve my listening skills. I think doing lesson transcripts à la tal will help in this regard. One to four a month, depending on how long it takes me. 啊哟！Not even one completed... though my "notes" are still saved on my desktop taunting me. But I do have a private tutor now and she is helping me with listening.... she won't let me read the characters while she reviews vocabulary with me. I have to understand just by hearing her!!!

5~buy a decent camera and add to bodawei's chinese sign collection. -Still not done. I have partially been discouraged by the fact that I can only see pictures posted on cpod sporadically. The same picture will show sometimes but not others, and it doesn't seem to entirely matter what service is used to host the pictures.

no 3 must be a great feeling. Great stuff. 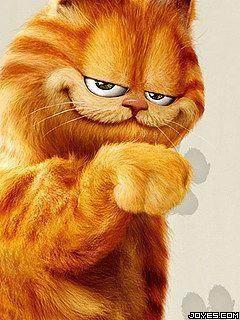 Dear All: I am Chinese and looking for a language exchange partner. Are you interested?

I think it may be a great opportunity to find Chinese learners. If you are interested,

I will reply to you on time.

- 100 hours of conversations in Chinese