How do I write the date in Chinese?

I know the words... 日，周，月，年... but what order does everything go in? Here is my attempt: 周五，日十八，月九，年二千令九

The year has to come first written like this: 二零零八年。

Then the month: 九月

It's quite common to just use digits for the year. 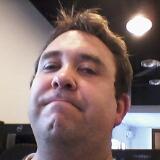 (in MS-Pinyin, it usually is in the 3rd page of "ling" results, until you use it a few times, it moves up to the top)

Curious to know from EFL/ESL learners here: Are numbers/dates this hard in English??!

Seems to be so many more variations and things to know in Chinese.   I can only think that in formal writing, it is sometimes hard to know when to write the number out ("ten") and when to use digits ("10")... anything else?

Thanks guys! I knew the year, and really all the numbers could be written in digits, but wanted to make sure of how to write them in characters, too. So thanks for correcting that part as well.

this is my msn