I suppose an Int or Upp-Int transcript, esp for a more recent lesson, would be much more appreciated. Sorry, this really is a selfish pursuit of mine.

And I intend to clean up the 无性婚姻 too of course.

加油，加油 zhenlijiang! Actually it's cool that you're tackling some Advanced level lessons, it's great to have some transcripts those. I wait with bated breath! What's your chosen  lesson?

其实，话题跟你多有关系。 So yes, do wait with bated breath.

My breath is bated, but how long must I hold it?

You impersonate Jenny so well, I feel there's a little of the Mona Lisa in you too zhenlijiang, with maybe just a dash of 慈禧太后!

你的策略很周到，不疏忽吧。很佩服你！ First with the Jenny reference you make sure I can't resist being pleased. Then, and only then, you make your point--very smart!  And in so few words.

Is it the quote 谁叫我一时不痛快，我就叫他一辈子不痛快！that brought on the comparison I wonder. It sounds like something I would say though, haha.

And actually this pic does look rather like a photo of me taken in the park when I was five: 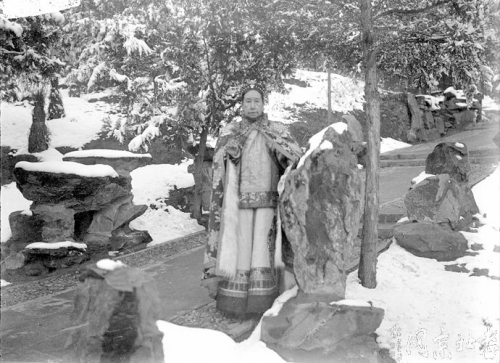 For being so uncannily spot-on, I allow that you are probably in the top three percentile of all male humans in Intuitiveness. That means you're almost as good as the average woman--it's a compliment!  (^o^)

亲爱的姐妹，我被你的话感动了！这么高级的赞美，我太荣幸了！不敢当！ What a shame that your picture cannot be seen, something wrong with the link perhaps?

谁叫我一时不痛快，我就叫他一辈子不痛快！what a splendid quotation. I shall cherish it.

Somewhere I have a picture of me when I was five, I must dig it out and figure out how to scan it onto the comp. I've never been able to work out which historical figure I could be in a parallel universe, but I did once have a vivid dream that I was a reincarnation of the poet Shelley. Ah... that was in the days when a single glass of champagne was still like a small window into joy.