I have a foreigner friend in China who has been dating a Chinese girl for about a year. They are very serious and are even considering marriage. Although, his girlfriend has never been to his country or met his family, and his family isn't too crazy about him living in China for much longer. They know that if they get married, they will have to choose to live in another country or China, and either way, one of them will be separated from their family.

For those that are married to or at least dating someone from another country, please don't be afraid to share the advice!

If the 2 of them really care for each other, there's no advice to give! That is to say, in that case they should surely decide to be true to each other, and make a choice about which road to take.

Each of us must choose our own path right? Your friend chose to come to China, and to get involved with a Chinese girl. He must understand that he can't turn his back now, even if his family don't approve, (and trying to please our family our whole life is not perhaps the ideal road to happiness, feel free to disagree though.)

If your foreigner friend and his Chinese girlfriend have had a serious discussion about what motivates them, and what they want from life and a partner, then cross cultural issues may not be a challenge. You're not clear about if they date for awhile, then plan to marry and move to the same city, but distance really matters over time.  Not over a week, but over a year, definitely.

One thing i've noticed, is that many of the Chinese have had pretty quick courtships by American standards; only about a couple of months pass from the time two people meet to the time they are married.  I don't know that that's a lot of time to discuss where they are going to live, what he's going to do for a living, who's going to raise the kids, and what happens if their initial plans don't work out as expected.  In other words, the Chinese person planned to go to the US with his/her American spouse, learn english and work in the US, but then the visa was denied, and he couldn't go to the US as planned.  Because of that, the American person had to spend more time in China, and being a big city person, didn't actually like the small city in China they had to live in.  These are issues that get papered over, but end up being one of many small issues that aggregate into big issues.  I've seen this a lot, and not just cross-cultural, cross-continental issues. 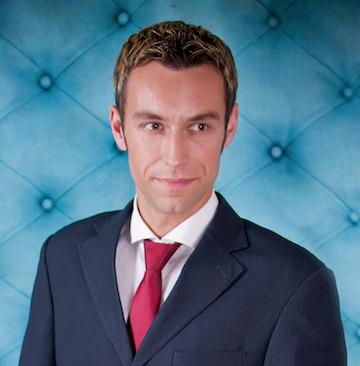 I've been married to an Asian girl for 13 years (still am).  Marriage in general ends in divorce.  Add the cultural things that you don't notice when you are in love and it can feel like you are from different worlds. It is hard to give advice though and usually when friends are in love with someone telling them they should cool it or saying anything negative about the one they care about usually doesn't go far. If he is thinking about marriage he probably thinks she is the best option for him.

I would say the first question is whether she is traditional or the new type of young generation. The old type are traditionally very different than Western thinking, but generally follow the man and will adapt well to what he needs (he needs to wear the pants though).  The new generation seems to be less traditional and in both Western and Asian countries will leave at the sign of trouble and with cross cultural issues, the chances would probably increase...

Unless he get's her pregnant and kids are involved, then in that case it is easier for troubles to be put up with and for people not to split up.

To end..  I think it is best to wait as long as they can to get married (at least the 2 year mark) and he should spend some time with her mother as that is probably what she will be like. If he doesn't like her mother then call it off.

If her Dad has a lot of money and your friend is not used to throwing money around, then I would give her a couple years before she is gone.