This is a quote from a book published in 1894.  Check it out and tell us what you think!

The style and general viewpoint is pretty much what I'd expect of a book about China written by a foreigner in the year 1894. (Clearly Chinesepod wasn't around then!) I gather that the vast majority of non-Chinese in China at that time didn't come because they were interested in the language or culture, it would usually have been because of business or on behalf of their own country's government. (Many women of course came because their husbands or fiances came.) Just as 'empire-builders' did in other places, they would have huddled together in their own exclusive clubs and tried to recreate (as far as possible) all the comforts of home.

For me the most recognizable thing is the end part about 'Chinese noises'. It's hateful to generalise about this of course, but on the whole I'd agree that the Chinese have a much higher tolerance of annoying noise than other races, and indeed I have sometimes received the impression that they enjoy it, or at least consider it natural. On the housing estate where I currently live there is a 'kindergarten' a stone's throw from my apartment. Loud amplified music blares from it for 2 to 3 hours each day, and there is a daily audience of parents, grandparents, and general passers-by (I think) who line up to cheer on the 3 and 4 year-olds as they exercise to the music. Back home I lived near a nightclub which made less noise, but here everyone considers it normal.

you probably know but it's called 热闹。  living in China for a while I seem to enjoy that too but a quiet moment is nice from time to time.

On the other hand I wouldn't call it hateful but just an observation.

Sounds like people are people, no matter where, no matter when... The author obvioulsy felt there were things worth seeing in Shanghai that many visitors were not persistant enough to enjoy. I would imagine there would be a great deal of culture shock to get over before one could truly enjoy being in a place far from home, especially 115 years ago. I have not yet been to China, though it is a goal that consumes my thoughts these days... but I think it would have been more challenging when there was more than a flight between you and your loved ones. "Slow boat to China" anyone?  And knowing that people of China tend to be facinated by foreigners makes me more tollerant of the slow assimilation of others to their new surroundings.  A friend of mine in China describes herself, in her more intemperate moods, as an exhibit in a zoo. She would also never voluntarily move back to the US.

'Chinese have a much higher tolerance of annoying noise than other races' It is a common observation and I wonder whether it is really true. Certainly in some situations I would swear to it, eg. travelling on long-distance buses I have had to ask for the sound to be turned down on several occasions because I thought I would go mad. This I would describe optional noise. A lot of Chinese noise (eg. traffic noise) is largely unavoidable because of the volume of activity (compared to our own relatively sparsely populated cities). Some Chinese noise I came to love - eg. the daily explosions of fireworks where I lived, even in the middle of the day. But I also think there is a premium placed on quiet in China - if you are rich enough you seek out quiet, serene, experiences. The best (most expensive) Chinese hotel I stayed in was blissfully quiet at all times of day. And when I was taken out by a wealthy Chinese family we went to a restaurant well off the main road and situated right beside a peaceful lake. It was so quiet I was aware of the the footsteps of waiters and the single drops of rain outside the window.

@magnus - I meant that generalising about different races/nationalities can be hateful, but you're right, it was too strong a word. Perhaps I should have said misleading. (Such generalisations can be offensive to some though!)

I am familiar with the concept of 热闹, and do enjoy it myself sometimes, but even some of my neighbors get very angry and agitated about the kindergarten I mentioned! When it happens every day for such a long time it's much more of a nuisance than a joy, (and I think in the UK at least would not be permitted, it would be called 'noise pollution' or some such, but my point is that in China there's really no concept of that.)

orangina is correct about this being part of culture shock. When I first came to China 5 years ago I suffered quite severe culture shock which took several months to get over, (if indeed one ever does completely get over it!) Not least was my painful awareness of the high noise levels one experiences here almost everywhere, which can begin quite early in the morning and go on to quite late at night. I could for example describe how one can be woken at 7.00am by military style marching music being played repeatedly over the nearby schools PA system, (one can sometimes get the feeling that Chinese people just adore electric amplification of sound), or how the local karaoke lovers in the estate's social area will continue hollering (amplified of course) until 11 at night or later, with never a thought for who they might be disturbing, (and this again is 'normal' behavior here, if I went and complained to them they would probably not even understand why I was upset.)

And I am all too familiar with the 'exhibit in a zoo' feeling yet I too am not only used to my life here now (at times, surrounded by hullaballoo on a crowded bus or subway, I will notice with some amazement how the sound barely registers with me now unless I choose to be aware of it) but would (probably!) not give it up for a 9 to 5 life in the west.

There's more where this came from! 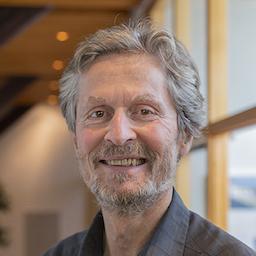 In Shanghai I attended an opera where it seemed to be acceptable for a photographer with a gigantic telephoto lens to make two noisy exposures per second, continuously, sitting in the row just behind me.  I eventually told him to be quiet, and he just moved 25 seats to the right.