This is my second post about this problem. I am wondering if the whole of the Chinese Pod website has gone down? I cannot access any of the lessons which just freeze when I open them .

Can you give me some advice please. This is the first time this has happened to me. I am operating off Internet Explorer 11.

You could download Firefox. The lessons open for me on Firefox. I know its not a fix, but you are not likely to get a response from CPod soon (especially as it is the weekend).

I use Firefox and the layout of the Chinese Pod web site looks different on the two different computers I use. Both are using the same version of Firefox. The only difference I can think of is the OS (Vista and 7). For example, in the upper right corner on one machine the menu bar is just a box with three horizontal bars. On the other computer it says "Account" or something like that. The computer with the "broken" version of the web site is the one in which I have cleared the cache, as suggested by CPod support. I mentioned to you before that different experience with the site might be due to your physical location (different server) but I am now in another country from when I wrote that) and I am still seeing part of the CPod site in Latin! So you could try changing browsers, or changing computers, or changing operating systems, or moving to another country . . . CPod web site experience now seems pretty random and the people to whom the tech has been outsourced do not respond directly to users. Good Luck!

On the computer where you see the 3 bars, can I suggest zooming out. I've found that your zoom makes a difference. Not sure about the Latin though.

Definitely suggest NOT using Internet Explorer. I believe we've mentioned this before, but that browser can be buggy with our system. Firefox, Chrome, or Safari should all work. 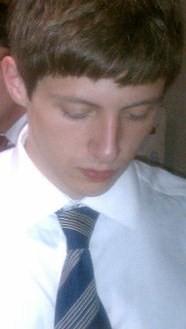