I'm using Clavis Sinica for that now......... but their flash-card system doesn't compare to Chinesepod's.

how do I download the flashcard software and sets?

tools..vocab...on the right is export vocabulary...you can do this to pleco or anki and probably others I couldn't tell you about. 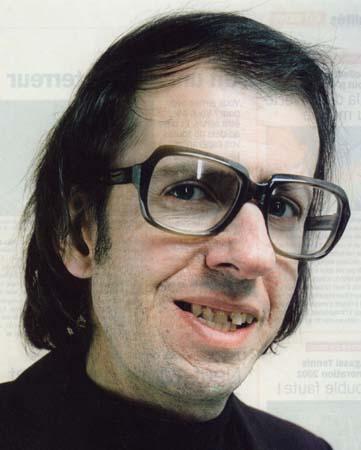 pleco is an electronic dictionary for smartphones. The basic version of the app is free on iphone [not sure about other platforms] and I'm not sure if the flashcards are part of the free or subscribed service.

Anki might be more suitable as it is free [except for an app] and can be used both online and on your computer offline. Google anki.

Pleco not on Android yet annoyingly. I switched to Anki about 2 months ago when I got my Android phone. Must say I have been very impressed so far and the vocab is definitely "sticking" now.

John did a post on the Chinesepod blog back in 2009 with a very useful and, importantly, very easy step by step guide to how to get your CPod vocab from Cpod to Anki on your mobile device. I will try to find the link later and post it up for you. Chris

Hi Chris, Pleco did release a beta version for Android a week or so ago. I don't think it's the full version of Pleco yet, but may be worth checking out. Once they've worked out all the bugs and released a final version, I'm thinking about switching from my iPod to an HTC. I'm not sure when all the bugs will be worked out.

dwfndley, you might want to learn some social skills, like saying please and thanks...I think a lot more people would be more willing to help you. Just a thought.

you know I'm curious by nature. As much as I love my iphone next time my contracts up I'll have to look into the android scene and htc seems to have the best name here as far as I can tell but that's just an impression. So I'm curious why you're thinking of switching to android [esp knowing you've been a mac user]? Don't know that I'd jump ship without good reason as it could be a bit mafan esp with regards to paid for apps and music etc etc. Interestingly sounds like John has jumped the other way and I thought he said that was for the chinese apps [though this may be for the likes of pleco and as you point out above that's a changing situation]

Hey Baba! Ha ha, my reason is pretty lame. I'm just amazed with the resolution of the latest HTC, and I've been told that in general it is much faster than an iPhone/iPod. I really don't need to switch at all, but perhaps if I get a bonus or something I will :)

I still love Apple products....though I must say I wasn't too pleased with the upgrade from Tiger to Snow Leopard (first time I've ever been ticked at Apple). Looking forward to Lion next month.

We have a new HTC and a new iPod in the household and the resolution on both is pretty good - we watch films streaming on the HTC - I would be hard pressed to tell the difference when the resolution gets to that standard.

They are both elegant and robust ..

Bodawei, are you sure you have the latest HTC (I don't know the model, a co-worker showed me)? But the resolution on her HTC (she bought it two days ago) was far better than my iPod Touch 4.

(Disclosure: I'm aging, as are my eyes, so perhaps my eyes fooled me :)

thanks mate. They don't sound like lame reasons to me at all. I see you as being at the forefront of this tech stuff [did I mention that after taking your good advice about pleco onboard and then waiting for ages for it to come to iphone I finally got pleco?...yeah, it's a great dictionary alright, and your advice about great service was spot on also...thanks for that], a go to man, so I'll be interested to hear how it goes if you do end up going down that track.

that's great mate..being able to compare both....would you care to share your thoughts on them with us? likes/dislikes/ preferences?

Hmmm, my eyes might be even older than yours Calkins. :) The iPod touch 4 was a big jump up in resolution from the 3, right? Retina display, 640x960. Even I could see that difference (a friend has the 3.) The HTC is very new, can't tell exactly off-hand which model except it was made for the Chinese market, not the one made for Europe. I'll have to look up the specs for the resolution.

Not sure how valid it is comparing a phone to an MP3 - the phone uses the standard network for calls but is switched to Internet for all other services. (If you don't switch it and it uses the phone network it is very expensive.) Here goes, comparing the HTC Desire 8180 to iPod Touch4: Advantages of HTC over iPod: The sound is markedly better than the iPod, a much better speaker. Screen is a larger format. Lots of Chinese apps (from the HTC marketplace – can’t get to Android marketplace), including things like pptv which you can't get on an iPod. Apps that are useful in China (eg. maps, dictionaries). It’s got standard micro USB, and a micro SD card – both unavailable on the iPod. Good camera but I don't know the specs. We were mainly guided by the reviews – rated the best Android phone last year in most sources (we bought it in 2010 December).

Disadvantages: Cannot update software - Android 2.2 (cannot get 2.3). It’s in Android marketplace which is not available/accessible in China. Still trying to work this out. All documentation is in Chinese – good for learning but takes me a while if you need information. Apps are mostly in Chinese (few English ones.)

Note: If you buy a Google phone outside China you can get to the Android marketplace while using your phone in China.) Warranty only with Chinese version – the European version is cheaper but after sales service uncertain. BTW the resolution is 480 x 800 WVGA, cf. iPod Touch4?