Question Regarding To Bring About

I have a question for those that are well versed in Putonghua. I was wondering about the differences in the words to bring about I noticed that there are many different ways of saying it. Here are a few I have run into

What are the differences if any?

創造hmm, usually this is less the flavor of 'bring about' (at least as I think of that term) and more about creating something, its usually followed by something that is invented or created (theories, principles, etc),thus it's more of the family 建立jian4li4，奠基dian4ji1，草创cao3chuang4 etc

導致 - sometimes followed by a verbal phrase, sometimes by a noun phrase, most of the time is a bad result (could also have good results, but less frequent and sometimes would sound unnatural), an example use - 导致物价猛涨 (brought about a fierce rise in prices)

By the way, you might get the most mileage out of 带来dai4lai2, its pretty much an all purpose little word for bring about - sounds fine in colloquial use, sounds fine in formal use, natural with both good and bad results. Though it is limited to being followed by noun phrases, no verbal phrases - a fairly colloquial word that is to be followed by verbal phrases is 让rang4.

Also, I'd suggest that often soaking up usage differences through gradual exposure is the best method - Chinese has an almost limitless supply of synonyms. Just off the top of my head, other words that are similar to 导致 and 造成 in their sense of 'bring about' include 招致, 致使，引来，招来，惹出，引起，掀起, 营造, 酿成, 铸成, and I'm sure I'm forgetting more than I'm remembering. Trying to memorize differences in usages of each would be a very difficult task indeed - but over time you'll find yourself naturally soaking up the usage and special connotations of each. Often though, it is very useful to understand the component characters in getting a true sense of the flavor of a word, so I would suggest that, though that is more useful in some cases than others - ie 酿 in 酿成 I think goes a long way to helping you grasp the phrase, while the fact that 营造 is usually followed by 'atmosphere' type stuff (ie 营造和谐的生存空间) is something that one notices in use (though perhaps that is one example of a good thing to have pointed out explicitly). 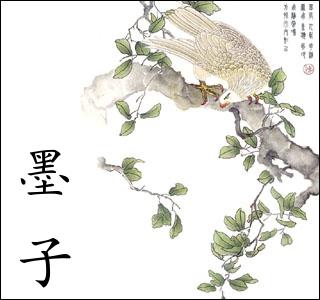 Thank you very much, I found your reply to be very useful. Exposure, is of course, necessary, but I still think Jesus came up with the best social principle ever, "Ask and ye shall receive," hence, those that are in the know, shall help gain insight.

Once again thank you for your help.

ah, I was just to make this exact point:

"it is very useful to understand the component characters in getting a true sense of the flavor of a word" but tingyun's got it covered and more as usual in his excellent replies.