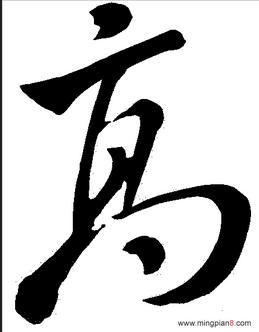 Posted on: The Popular Decline of Calligraphy

Seems like a book worth checking out. I just glanced over a review by Robert Angus from California State University, Fulleton, and found it much more in-depth than your typical Amazon review. Check it out here:

I'm living in Taiwan, so I don't know of any personally, but I would highly recommend that you try and find one that is learner centric, much like the one I described.

Lots of reference material for native speakers might give you some usage case examples, but if they are too obscure or difficult it makes learning and understanding the subtle differences of near synonyms a real challenge.

The best way to find one would probably be to check out a university book store and see what they have to offer.

The main reason I recommended the book above, is because Teng Shou-hsin (also written Deng Shou-xin) is one of the top Chinese linguists in the field and his focus has been on teaching grammar to non-native speakers, which really shows in how the usage dictionary was edited and compiled.

It is a good book, but the whole thing is in traditional Chinese. HIghly recommended for intermediate and above Chinese learners.

辨析 is a verb that indicates (in addition to differentiation) that there is a process of analysis occurring. That or serving as a verb meaning to discriminate.

The meaning seems much more clear in Chinese: 通过分析找出事物间的区别.

I checked a few examples on Nciku, and it is clear that 辨析 is used to describe a more involved process.

I think it would depend on the translation (and the translator), and also the context in which these sentences are used. While I could see both sentences saying something along the lines of "the difference between America and China is quite large," you could also translate as something like "the contrast between American and China is quite large." However, without having surrounding sentences it is hard to see where the distinction might be made.

Most important is to note that 差别 can only serve as a noun, where 区别 can serve as both a noun and a verb, so their lexical capabilities are vastly different.

Closely related to this qingwen, I thought I would post an excerpt from my Chinese synonyms usage dictionary:

辨认／辨認：biànrèn: (v.) to distinguish; to recognize one thing out of a group of two or more closely related things (implying familiarity and applying to one person or thing at a time) 在一大堆行李種辨認出自己的箱子；十年不見了，瘦子老王已經成了大胖子。他喊我的時候，我幾乎辨認不出他是誰了.

鑒別／鉴别 (jiànbié) (v.) to distinguish or differentiate as against an authorative standard; to appraise. (n.) an authoritative analyisis which takes into account similarities and differences.

I have to admit, I was quite taken aback by Jenny's comment of not needing to know 分别, and completely dismissing it in the 请问. Fear not, here it is below.

分别 (fēnbié): (v.) to separate two or more things (literaly or figuratively) so as to compare their differences; to tell apart. Ex. 我無法分別二者的想法誰好誰壞 As to what both parties are thinking, I can't tell whoes thoughts are good and whose are bad. (n.) difference. (v. #2). to part from a person.

分辨 (fēnbiàn): (v.) to separate two or more things so as to compare thier differences; to differentiate. Ex. 分辨不清 unable to make differences clear; be confused.

Explination of terms: To 辨認／辨认 is to separate things out of a group or differentiate, as part of the identification process. When you 區別／区别 you separate things out (literaly of figuratively) in an exact or clear way, so as to compare them and thus make a sharp distinction. 区别 is also commonly used as a noun. To 辨别, on the other hand, is to simply distinguish between similar things.

So, you could easily 辨認／辨认 your identical twin in a crowd, but a stranger would be hard-pressed to 辨别 the two of you, since there is no substantial ie区别 between you.

It should be noted that while all the words are used in a more literary sense, colloquial Chinese does not use 鉴别.

Hope this helps CPod users who want to get in a little deeper.

Posted on: A Leggy Joke

a more obscure way is 及格 jígé which also means to pass a test.

Posted on: Popular Slang from 2011

Posted on: Popular Slang from 2011