Ever since I started learning a bit of Cantonese I have noticed that the word 方言 is used a lot when talking about Cantonese, a quote from a article I was reading:

I've heard John say in the 手语 lesson "topolect" when talking about 方言.  Okay so the point I am getting to is that people say that Cantonese is a 方言 of Mandarin (汉语) which I find interesting.  Reason being is that this assumes that all of the 方言  in China came from Mandarin if this is said about the other 方言 in China, which I find hard to believe.  I would assume that the 方言 of China all were based on 中古汉语 or something similar.

Another thing that is interesting is that the linguistic definition of a dialect says that if two people speaking different languages can communicate, then their relation isn't two different languages but rather they are dialects to each other.  For example, American English and British English are dialects to each other.  On the other hand, I've asked Chinese people who can only speak Mandarin whether or not they can understand Cantonese and they say they can't.  So in theory, they are two different languages.  But when I try to explain this to Chinese people, they will stand by the fact that these are all just 方言.  The problem is just in the translation I think, because 方言 is basically just made up of 方 place and 言 language, and by this definition they ARE language from places, but then again, what language isn't?

I don't assume anyone else has had the same thoughts? 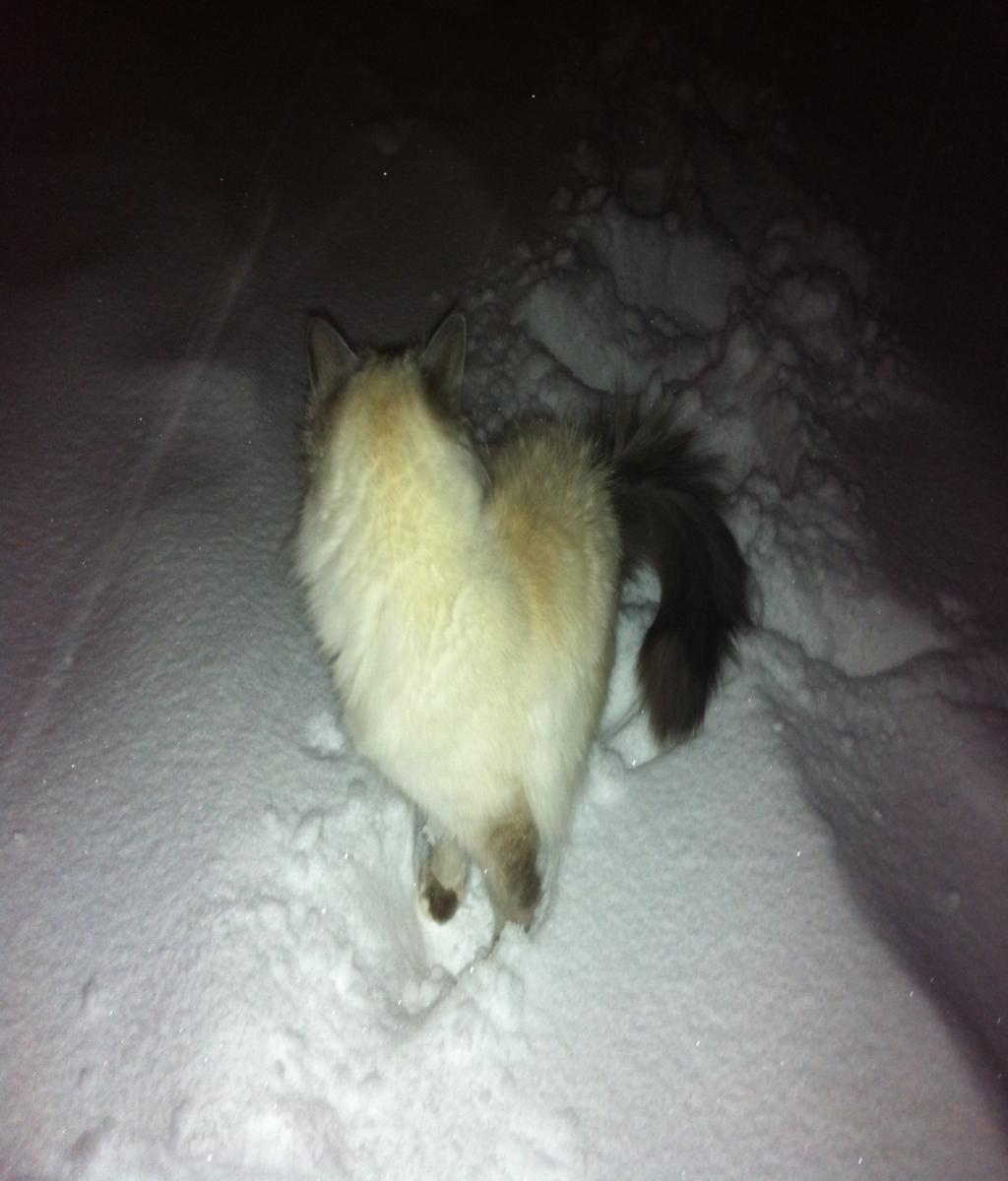 From Distinction between dialects and languages (wikipedia):

In addition to the languages and dialects listed below, it is customary to speak informally of dialects of each province, e.g.Sichuan dialect,Hainan dialect. These designations do not generally correspond to classifications used by linguists, but each nevertheless has characteristics of its own.

The question of whether the various varieties of Chinese should be called dialects or languages in their own right is contentious. There are two principal uses of the worddialect. If varieties are considered dialects of a single language when they aremutually intelligible, and separate languages otherwise, then the principal branches of Chinese, and even some of the subbranches, are distinct languages. If, on the other hand, 'dialect' is used in its other meaning of a variety that is socially subordinate to a standardized or otherwise prestigious variety, perhaps one that shares a commonwritten languageandliteraturewith the prestige form, then they are all dialects of a single Chinese language, thoughCantoneseand to a lesser extentShanghaineseandTaiwaneseare local prestige forms with use in the media and a nascent literature.

Yeah I already understand the linguistic understanding of mutual intelligibility in terms of dialects. I am aware that they are dialects in written form because in Cantonese "formal" writing, it is exactly the same as standard Mandarin. I mainly just wanted to hear what people thought about this topic. I just believe saying that these dialects are "dialects" is giving them less prestige and is potentially a cause of language death amongst the Chinese dialects.

One interesting experiment is, get someone to count to ten in Cantonese and count how many digits sound vaguely similar, how many sound completely different, then compare a few pairs of European languages in the same way.

Something kind of interesting if you are comparing the numbers in Mandarin and Cantonese is that 一 is quite similar to the pronunciation of 二 in Cantonese, would that count?

No, I think the same sound having different meanings is a false cognate. So, it counts as completely different. BTW, the score for English - Mandarin is 0 similar 10 different.

If I use my knowledge of etymology, I can see the link for all ten numbers.

But if I were uneducated (had no knowledge of Grimm's law, the great vowel shift, etc), I wouldn't see how

one sounds like ein(s) - there's only an n in common

three sounds like drei - only the r in common

eight sounds like acht - only the t in common

O.M.G, as a Chinese man, I've never ever thought about this. I mean, there are so many dialects in China. Take Sichuan dialect 4 example, there are viriations of this dialect. What I'm saying is that, even if two persons are speaking Sichuan dialect, they are not speaking the same language, and they'll have lots of difficulties understanding each other. And the same thing happens to English. I've been told by some British people that they have difficulties understanding each other when they are from different parts of the nation. To me, I think the reason why Cantonese is a dialect is that it shares the same written language with other dialects and Mandarin. And it's not like that we can't understand Cantonese at all. Ask anyone in China, they'll tell you that they can understand some Cantonese, some Sichuan dialect, some Tianjing dialect -- they just don't understand it when people speak it too fast. In addition, dialects are changing. They are becoming more and more comprehensible to people of other dialects since people of young generation lose most of the actual expressions and simply keeps the accent. Even though my granny and I speak the same dialect, I can't understand what she's saying sometimes since her expressions are more authentic.

If it helps you to understand, think of Cantonese as French, Sichuan dialect as Spanish and English as English per se. The word 'international' is used in all of the languages with the exact same meaning, they just have different pronounciations. French has special pronounciations for 'in' and 'r'; while Spanish for 'r'. The same goes for the dialects in China. And like the three languages mentioned before, they have bigger differences when it comes to simple and basic words, and they have few or no differences when it comes to big words.

Sure you see French, Spanish and English as totally different languages, so, I guess that's some bad analogies I made just there.

Anyway, I hope it helps.

To be honest, I always think of Chinese dialects as if they were in Europe. There are the romance languages that are really similar, but not similar enough to be dialects. Because of border issues, they therefore would never claim that these languages are dialects. In the case of Chinese dialects, I think it's more of the "putonghua is what we speak, all other dialects are to be looked down upon", and that's why there is not as much prestige in my opinion.

I remember the time when I was taught ancient Greek in school. We mainly learned the Attican(/Ionian) dialect. When we read some text in moderate Doric, it looked considerably different - and must have sounded very much different- but once a few correspondences were clear you understood a lot (I wonder what my ancestors did about that, in the many texts I've read where Spartiates and Athenians communicate, there is never a mention of misunderstandings).

I would, thus, be very careful when answering this question on the basis of sound. I would rather examine everything else in the language (grammar, syntax and customs of speech, like chéngyǔ in Chinese). That would have instantly grouped Doric, Ionian and most of the rest together, leaving ancient Macedonian at a greater distance (fellow Greeks, please don't decapitate me).

So what about the grammatical differences of pǔtōnghuà and Cantonese?

Now is the time I complain about having forgotten everything while studying abroad, but I'll continue offline.

Hold the thought. Since u put it that way, I do think they are so grammatically and pragmatically different. I'll call my college professors who is teaching international Chinese and I'll get back to u soon.

Written Cantonese and Standard Mandarin are exactly the same, that's why they always say people in Hong Kong and Mainland can read the same thing, but if they read it outloud they wouldn't understand each other. In terms of spoken Cantonese, there aren't too many grammatical differences, the main one I can think of is "给我那个“ whereas in Cantonese you would say "俾嗰個我" (俾 meaning 给 and 嗰個 being 这个).

Thank you! I had read about some grammatical differences, but never payed attention to whether they applied to written or spoken language.

That would be great! I'm sure what he says will greatly interest other poddies too!

My professor says that Cantonese is a language, which has been admitted by UNESCO.

So we have an expert opinion, thank you!

That's good to hear, many other of the Chinese "dialects" should be too, but I guess that will take time.

Exactly. And thx 4 paying so much attention to what we should have.