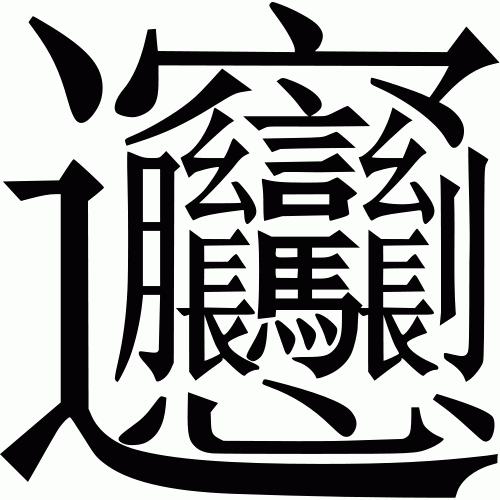 Posted on: Measure Words for Animals

My wife, who is Taiwanese, pronounces 匹 with the first tone and claims that this is the proper one. Your podcast and all the dictionaries seem to show 3rd tone. Is it some Taiwanese regional variation? Can anyone clear my confusion?

I have an interest in linguistics and read some books on the matter, although I certainly don't claim to be an expert.

There are certain rules that guide any language evolution and linguists can almost predict how certain words will evolve over time and can sometimes even "go back in time" and figure out how the original "proto-word" must have sounded like. Most of those rules have to do with laziness, like the tendency to omit certain sounds over time. Some researchers even claimed to figure out some words in proto-Indoeuropean, the ancestor of all modern European languages as well as Persian, Sanskrit etc. Some more speculative works even go as far as the very first language that our African ancestors must have spoken which would have been the origin of all human languages. Of course, there is really no way to verify that but the point is that there is a solid science behind all of this.

The point that 黄飞猴 is making seems reasonable, however let's not forget the fact that 99% of European population were illiterate for most of the middle ages up until the Enlightenment. The only literate people were clergy, most of aristocracy and even kings normally couldn't read or write with very few exception.

Curiously, most French, Spaniards or Italians in the middle ages were convinced that they still spoke Latin!

Of course, the same would apply to Chinese as well, so I would agree that perhaps the relatively poor phonetics of Chinese (compared to other languages) and the tones were more dominant factors than the writing system.

The remarkable diversity of Chinese language is mind boggling, I don't think there is any other language in the world with so many distinct dialects.

It seems that such diversions can be explained by the fact that Chinese characters can't be pronounced based on their written form, so, overtime, people tend to pronounce them slightly differently. Add to that relatively limited number of distinct sounds of Chinese syllables, fluidity of tones, lack of sound recording with geographical isolation and you got rapidly evolving and, for the most part, mutually unintelligeble dialects.

It took about 2,000 years for Roman Latin to evolve into various Romance languages but the same process seems to be much more rapid with Chinese.

Great lesson with lots of useful vocabulary for travelers!

On a diffent note, I personally find the high pitch speaking style of a guy from the dialog extremely annoying, even though it seems to be fairly common in Shanghai/Jiangsu area where I live now. Is it some sort of local cultural phenomenon? In my 1.5 years in Guangdong, I've never heard anyone speaking like this!

Posted on: Interpreting Gig at the Exhibition

Good point about Dilu's sweet voice, love it! She is my favorite host!

Posted on: Meeting in Real Life

Consider alternative ending: 小甜甜 turned out to be a dude...

I share similar conclusion - some characters (in fact, a lot) are displayed as little squares, just like the character for mouth (口). I used to blame the format conversion but if the same problem happens with the original PDF, the fault most likely lies with the Kindle itself. It's a shame...

Converting files from PDF to MOBI is simple - you can use this excellent piece of software: http://calibre-ebook.com/

This program can do a lot of things besides format converting - it's great for managing your e-book library, sort of iTunes for Kindle. The only drawback is that some Chinese characters are not converted properly.

Most amazingly, it's absolutely free. I think it won't be for long, though - it's getting hugely popular.

The main difference is the screen - Kindle's e-ink screen is the best for reading outdoors or in well lit places. Reading off iPad screen (or any laptop for that matter) in a park or in a back of car in daylight is much less convenient. Plus reflective lighting vs. back-light is easier on the eyes, especially if you read a lot.

In my case, I read French books and periodicals on my Kindle and always use built-in dictionary which can be changed to French-English one - something you can't do with Kindle iPad app which comes with default English Webster dictionary with no possibility of switching to any other language.