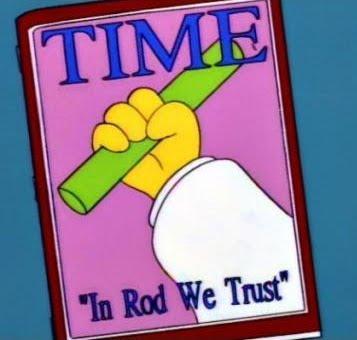 Excellent, Henning. I'm particularly terrified by the "seven horrible plagues" listed at the end of the article!

Posted on: Sent by the Company

Just don't tell the border guards that you were sent by the company. ;)

I hit refresh a few times, hoping the ad you mentioned would pop up, with no success. As I recall, though, there was an ad that said you could learn Chinese for 99¢ per Day ($29 premium/30 days).

Posted on: It's Time You Got a Smartphone

Hi Mike, I like your suggestion about labelling the courses easy/hard or whatever, though it might be a moving target. If you haven't already listened to lesson 1835, Taking the Plunge Into Intermediate, you may it find helpful:

Otherwise, it's like George says, just keep at it.

Posted on: Beware of Professional Beggars

I think, when people read stories like this one in theDaily Mailabout guys pulling in hundreds of bucks a night, they feel conned. After all, if you see some shabby looking guy on the street panhandling, you want to beleive that heneedsthe money you're giving him for something more vital than a new X-Box ... Maybe it's just me.

And when you think about it, isn't the "disabled" guy in thisTampa Bay Timesarticle taking money that might otherwise have been given to someone who really needed it (or needed it more)?

On the other hand, the TBT article notes that everyone interviewed had a criminal record. So, maybe they couldn't get a job because of that. I don't want to see ex-cons starve anymore than I want to see anybody else go hungry.

I'm not very generous when it comes to panhandlers. I remember one guy who would approach me from time to time. He had this little spiel about how he'd just got into town (from Halifax) and needed a couple bucks. Everytime, same story. Maybe he travelled back and forth a lot.

I don't know about China. There's not much of a "safety net" there, is there? There's a culture of begging (or whatever you want to call it) in some Asian countries too, right? You get good karma if you put something in the monk's bowl (something similar in India). They use a plate here. Pass it around. Some guys want 10% of the top. But they have fancy buildings to maintain (and lawsuits to settle).

Then, there are the kids collecting money at the grocery store for school trips, clubs, etc.... apparently kids can't play sports anymore without money for uniforms and stuff. They must have closed all the parks and back yards since I was a kid. But hey, how are these kids gonna learn the trade if they don't start early?

Edit: Oh, how could I forget and leave the charities who pay more than half the money they receive to the telemarketing firms that collect on their behalf out of my little rant?

Posted on: Pens and Notebooks

Good lesson. Still no Pen and Paper Mystery, though. :)

Posted on: Asking to Be Paid Back

I haven't studied this lesson yet, just listened, but I thought I'd take a crack at solving our hero's problem.

That's probably (definitely) not quite right, linguistically speaking, but I sort of like the ambiguity of yào.

Posted on: Which Train Station?

John and Dilu's conversation about the "fire car" reminded me of this scene from Shanghai Express (1932).

Posted on: Washing Clothes on the Road

I had no idea that that is where the expression came from. BTW, the other guy in the skit is Dave Thomas, and if you search youtube for "SCTV" (Second City TV as RJ mentioned) you'll find others such as Andrea Martin, Catherine O'Hara, Eugene Levy, Harold Ramis, John Candy, Martin Short,...

Posted on: Washing Clothes on the Road

The ability to speak proper English is an important part of our national identity, Baba. In order to graduate from a Canadian high school, a student must successfully complete grade 12 English, the core of which consists of a video series by noted scholars, Robert and Douglas McKenzie.