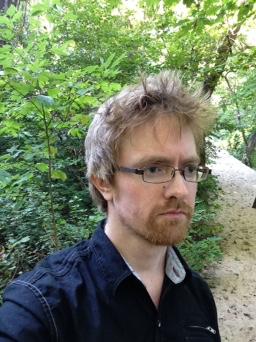 Posted on: I'm So Hungry!

I noticed that you said bǎo de, bao de bǎo dé liǎo and not bǎo le, bǎo dé liǎo in your discussion. Other than that possible mispeak, what a great lesson. I always say that it's the small things that bring you closer to fluency. You helped with that in this lesson. Thank You!

Posted on: How Far?

Thank you for this lesson. It reminds me how terrible I am with word order when it comes to making new sentences in conversation. My default is obviously English syntax. I have a hard time with Chinese syntax when it comes to more complex dialogues. I tell myself that it's the largest to the smallest, but I don't always know what that would be. Perhaps you could do a series of qing wen on word order.

Thank you for your reply! You're awesome. Well, I think my major difficulty is how to express "I was thinking of you the other day." Or, "I just thought something." We often too use "Think" and "Believe" in similar situations. We say, "I believe you're right." and "I think you're right." But, how do the Chinese use xiǎng and other verbs that mean to think and believe? So, I guess it would be helpful to have a lesson about the different ways to say that you have something on your mind. For example, "I think we should go to see a movie." "I thought of a new way to edit photos." "I think. Therefore, I am." "I think that's a good idea." "I think so, but I'm not sure."

I've got locked into knowing xiǎng to be an expression "would like" as in "I would like coffee". So, I don't really know how to use xiǎng in other contexts. Thus, I don't know how to use "think" in more philosophical or metaphorical settings.

I hope those are enough. If you need more examples, I could possibly "think" of some more.

Thanks again your awesomeness!!

UH, sir, just listen to the podcast. It explains there. Duh!

What's the function of the "DE" particle in the first line?

Excellent video. VERY VERY useful. As I am a beginner and one who often talks about extremes, this was perfect. Is there a link on using zhǔ yi? And, saying that one has an idea and the different ways to say "think". Again, superb video!!

I agree that the lettering should be against a darker color. White against black always works. White against a light color makes it difficult to read. I love watching the dialogue. It does facilitate learning the language in an even more accessible way. Also, I agree that the audio needs improvement. Otherwise, this was excellent! I hope to see more of these videos. One question, could say that something is too sugary? For example, tài tang. Thanks.

I am more and more moving away from the Newbie realm, but I loved this format! I hope it can be applied to all levels. I still do listen to newbie lessons when I need to review the basics. So, again, this was fantastic!

The first question in the transcript is not the same as the one spoken in the dialogue. Could this be fixed so that they match?

Posted on: Charging your Phone on the Run

so if both qì and jī mean machine, how do you distinguish between the two.